UCSF’s faculty and students are taking a wide-ranging look at the inequities that exist in the Unites States, in terms of both health itself and the quality of health care, across racial, ethnic and socioeconomic lines.

Sadly, they don’t have to look too far to find great disparities in health. 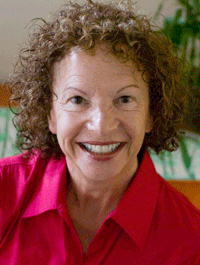 Maisha Davis, a second-year medical student at UCSF, has been investigating the life of teens in the Bayview neighborhood of San Francisco. Her study, titled “Community Violence and Adolescent Sexual Health: The 3rd Street Clinic Experience,” looked at the 744 most recent visits to the clinic between 2005 and 2011. The clinic serves mostly low-income African American youth.

Davis said the research team focused on 417 patients. Their findings are alarming:

Davis describes why she thinks there is a link between violence and adolescent sex.

“If you perceive all this community violence and instability in the space you’re supposed to be functioning in most of your day, then you might not have this long-term view of how your life is going to play out,” Davis said. “Your misbehavior might increase just because you don’t think you’re going to live that long anyway — and so you might as well do what you can do in the short amount of time that you do have left.”

Davis said the clinic does a good job of creating a safe space and that it has served more than 1,700 youths since it opened six years ago, functioning as a drop-in center as well as a place in which 40 percent of clients receive their primary care. Its dual role offers a valuable buffer against the surrounding violence, Davis said. 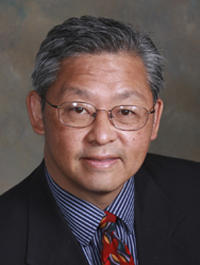 Research into health disparities around the U.S. was the topic of discussion at the fifth annual symposium at UCSF. Each year, the symposium attracts more submissions from faculty and students who are investigating issues of inequity.

“I feel like this project, and all of us, have come a very long, long way,” symposium co-chair Barbara Gerbert told the audience at the end of the Oct. 7 symposium.

Gerbert, PhD, a professor in the Division of Behavioral Sciences and Community Dental Education in the UCSF School of Dentistry, organized the conference with co-chairs Eliseo Perez-Stable, MD, and Victor Fujimoto, MD, to highlight the work being done at UCSF in a field that has exploded — in practice as well as research — at the University and nationally.

The symposium at the Laurel Heights campus consisted of nine oral presentations, 30 posters and a keynote address by Spero Manson, PhD, a distinguished professor at the University of Colorado, who is the country’s leading investigator on American Indian health. Their findings amply demonstrated gaps in outcomes, treatments and the presence of disease on many different fronts.

Most of the other UCSF researchers offered a mix of dire news and reasons for hope.

Noting that about a third of the U.S. population has no access to dental care, Elizabeth Mertz, PhD, an assistant professor in the UCSF School of Dentistry, said the dental workforce of the future is likely to look different and that traditional hygienists who also practice independently, in such settings as a nursing home for the elderly, might be a good alternative for many people. 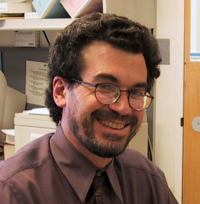 Another research team asked whether monthly pay cycles influence health outcomes. Hilary Seligman, MD, an assistant professor of medicine at the UCSF-affiliated San Francisco General Hospital, reported that reduced access to food in low-income households at the end of the month has important clinical implications -- including an increased risk of hypoglycemia.

The topic of childhood obesity was also explored, in "Parental Feeding Practices in Mexican American Mothers and Fathers." Carlos Penilla, a staff research associate for the Latino Mental Health Research Program, presenting the research, mentioned that 43 percent of Latino children, compared with 36 percent of U.S. children overall, are overweight.

Penilla said researchers videotaped 148 meals as part of their ongoing study. They found that parents' feeding practices were related to their children's weight, and fathers played just as important a role as mothers, even though most studies overlook them. More often, fathers pressured their children to eat, while mothers offered more positive involvement, such as encouraging their kids to eat a variety of foods.

A study on how to retain research participants in a sample that was low income, ethnically diverse and mentally ill found that the collective effect of multiple strategies paid off. Romina Kim said the team contacted jails, state prisons, caseworkers and therapists. They visited parks and libraries and used social networking channels, too.

The research participants, who had granted permission to access their medical records at the start of the study, would often not have phones or would lose clinicians' business cards.

Studies Focus on Health of Immigrants

A poster on “Depression in Midlife Latinas” by Rosa Maria Sternberg, RN, PhD, a postdoctoral fellow in the School of Nursing at UCSF, indicated that migration and health are closely linked. Specifically, Latina immigrants might experience higher levels of stress associated with lower socioeconomic status, education and language proficiency -- which can be especially significant during the transition to menopause.

“This is very personal for me,” said Sternberg, 55, who was born in Chile and moved alone to the United States at age 20 in 1976 without knowing any English. “There’s a feeling you don’t really belong anywhere. You have a sort of identity crisis and it doesn’t really go away.”

She said her parents were Spanish Civil War refugees who had immigrated to Chile from Spain and often made it clear that they didn’t belong in their new country.

“Now I experience it, too,” Sternberg said.

Among the research findings in three other studies: For immigrants, language barriers are a more important driver of differences in primary care and preventive services than race and ethnicity are. Communication needs to be improved when patients are discharged from the hospital, especially if their English proficiency is limited. And 2,038 Californians died of diseases caused by second-hand smoke in 2006, costing $216 million in lost productivity.

The 30 posters on display ranged from food insecurity among the severely mentally ill, to the absence of information on prisoners in health data sets, to a study by Gina Robinson, a second-year PhD student in the School of Nursing, on whether school-based health centers help decrease health care disparities for adolescent African American females.

Afterward, Mijiza Sanchez, MPA, the director of the UCSF Multicultural Resource Center and one of the many people in the audience, said of Davis and Robinson: “They are rising stars and I'm thrilled to see them engaging in discussions and research around health disparities in underserved communities. My only hope is that they will consider careers in academia, so we have more faculty that look like the very communities in which health disparities are disproportionate."