Our mature brains may not be so old and inflexible after all. Scientists are discovering that the human brain can improve its performance to counter the consequences of cognitive impairment and even the trauma of stroke-induced brain damage.

To help celebrate the first, Bay Area Science Festival, which concluded on Nov. 6, UCSF hosted lunchtime panel discussions on science topics, including a panel on “Retraining the Brain.” 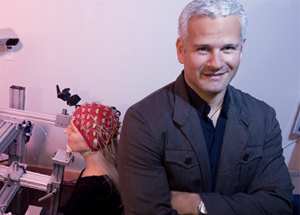 UCSF neuroscientists described research that shows how even mature human brains can significantly adapt to counter aging, traumatic injury and even the disruptive impact of complex developmental diseases such as schizophrenia.

Using some the latest technologies for monitoring brain activity and signaling within neural circuitry, these UCSF researchers are demonstrating how brain activity changes with training exercises and learning games. They are discovering that the brain essentially alters the strength of its signaling within and across critical brain regions as we adapt to improve our functioning in response to new patterns of stimuli.

These scientists conceptualize and evaluate models to describe how the brain works, which helps them to move toward a better understanding. But modeling still cannot answer all the questions researchers have nor adequately explain the results of all the experiments they are conducting. In painting a picture of the brain, panelists said, researchers are at the “crayon and colored pencil” stage.

Sabes ultimately wants to send coordinated signals into the neural circuitry within the brain to remodel the normal patterns of signaling that are impaired in people who have experienced traumatic injuries such as a major stroke or the loss of a limb. He is investigating signals that can be used to excite cells in the brain in the absence of their usual stimuli.

The propagation of electrical signals within a nerve cell depends on gated channels that open and close to control the flow of electrically charged, small molecules into and out of the cell. Experiments show that it is possible to introduce new genes into cells so that they make gated ion channels that respond to light. This is one strategy that Sabes and other neuroscientists are investigating as they explore how to get information sensed by engineered devices into the brain in a form that allows for normal processing and responses. “The potential is enormous, but right now this is all experimental,” Sabes said. 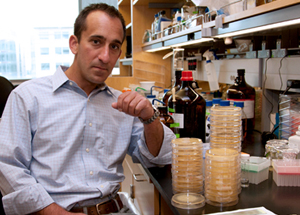 Most of us gauge where our body parts are at any moment not only by sight but also by feel — our sense of proprioception. But patterns of signaling and information processing in the brain not only are flexible, but also in some cases can be reshaped very quickly. Experiments in which people reach for objects while wearing prism glasses that distort the appearance of where objects are located in space show that the initially confused brain quickly adapts, so that the hand again touches the object as visual perception adjusts. “What we see is something that reflects a merging of what is actually out there in the world and what we expect to see,” Sabes said.

Sabes is able to track the activity of nerve cells on a very small scale across multiple brain structures. With new technologies researchers no longer are constrained to measure signaling from one neuron at a time. “Now we can record from 300 electrodes at one time,” Sabes said.

If you want to perform a task well, multi-tasking might be the wrong approach, Gazzaley’s research seems to suggest. Especially among older adults — either because they are not as accustomed to multi-tasking, or because older, aging brains become worse at it, refocusing on the task at hand after shifting one’s attention is problematic. Gazzaley determined this experimentally by tracking participants’ errors in recalling information that was presented before the distractions occurred. Gazzaley is using functional magnetic resonance imaging to observe activity in different brain regions as research subjects of varying ages are presented with information and try to recall it after being interrupted.

Gazzaley thinks the distractibility and the faltering of our ability to recall information as we age may be analogous to the disruption of a clear signal by noise. He aims to improve the strength of the fundamental part of the signals traveling within the brain through training and practice. A system such as the brain, Gazzaley said, “might have noise in it at a very fundamental level. If you don’t get a great signal in, you’re not likely to remember well.”

Gazzaley is using cognitive training and video games in an effort to improve performance not only on game-related tasks but also to improve cognition more generally.

When it comes to retraining the brain, Nagarajan said, “There is a fine balance between stability and flexibility. Our world is stable, yet we are flexible.”

Nagarajan is studying the brain in schizophrenia in collaboration with San Francisco VA Medical Center psychiatrist and UCSF faculty member Sophia Vinogradov, MD. While other symptoms may be more apparent, people with schizophrenia also have diminished cognitive functioning, including a diminished ability to process verbal and other auditory information normally, Nagarajan said.

To try and improve cognitive performance and auditory processing among patients with stable, medically treated schizophrenia, Nagarajan and Vinogradov are using learning games made by Posit Science, a company co-founded by UCSF professor emeritus Michael Merzenich, a pioneer in studies of brain plasticity. Participants’ skills improved after eight weeks of training. In addition, Nagarajan side, specific cortical areas in their brains became more active, in a pattern more closely resembles the normal brain.