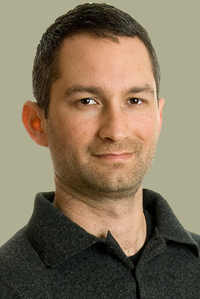 UCSF's Anatol Kreitzer, PhD, Loren Frank, PhD, have won and will share the prestigious 2011 Young Investigator Award from the Society for Neuroscience.

This award recognizes Kreitzer’s and Frank’s pioneering studies of brain circuitry and its relationship to motor control, learning and memory. In addition to both being professors at UCSF, with which Gladstone is affiliated, Kreitzer and Frank are also both members of UCSF’s Neuroscience Graduate Program. The award was given today (Nov. 14) at the Society for Neuroscience annual meeting in Washington, DC.

“One of the Society’s most important objectives is providing support and recognition for talented young neuroscientists,” said Susan G. Amara, PhD, president of the Society for Neuroscience. “Dr. Kreitzer and Dr. Frank have demonstrated their deep commitment to the field and have given us exciting new insights into the neural circuitry of the brain.” 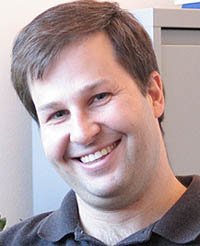 The Young Investigator award is the most prestigious award given in recognition of the achievements of outstanding young neuroscientists. Notable past recipients include National Academy of Science members Marc Tessier-Lavigne, PhD, president of The Rockefeller University, Carla Shatz, PhD, director of BioX and professor of biology and neurobiology at Stanford University and Richard Huganir, PhD, professor and director of the Solomon H. Snyder department of neuroscience at Johns Hopkins University, as well as an investigator with the Howard Hughes Medical Institute.

Over the past five years, Kreitzer has pioneered the study of neural-circuit function in a part of the brain known as the basal ganglia, in order to understand how modifications in these functions contribute to movement problems in Parkinson’s disease. Affecting approximately 1 million Americans, Parkinson’s is the second most common neurodegenerative disorder after Alzheimer’s disease. It occurs when certain brain cells — those that produce the chemical dopamine — degenerate. Kreitzer’s research findings have established how the loss of dopamine in the basal ganglia — a critical area of the brain that controls things such as movement, learning and habits — leads to chronic and maladaptive changes in how neurons communicate.

The Frank labatory at UCSF seeks to understand how activity and plasticity in neural circuits underlie both learning and the ability to use learned information to make decisions. In particular, his laboratory focuses on the circuitry of the hippocampus and  anatomically related regions. Scientists use a combination of techniques, including large scale multielectrode recording, targeted optogenetic interventions and behavioral manipulations of awake, behaving animals to understand how the brain  learns and remembers. These studies continue to provide important new insights into how the brain changes as animals learn and how memory retrieval might occur.

“We are gratified that the Society for Neuroscience has recognized Dr. Kreitzer and Dr. Frank for their outstanding scientific contributions. It is a testament to the innovation and strength of the neuroscience community at Gladstone and UCSF,” said Lennart Mucke, MD, who directs neurological disease research at the Gladstone Institutes and is a UCSF professor of neurology and neuroscience.

The Society for Neuroscience is the world’s largest organization of scientists and physicians devoted to advancing the understanding of the brain and nervous system.  The Young Investigator Award was established in 1983 and is supported by AstraZeneca. The award includes $15,000 and recognizes the achievements of neuroscientists who have received an advanced degree in the past 10 years.