Scientists at the Gladstone Institutes have discovered how a form of the protein linked to Huntington’s disease influences the timing and severity of its symptoms, offeringnew avenues for treating not only this disease, but also a variety of similar conditions. 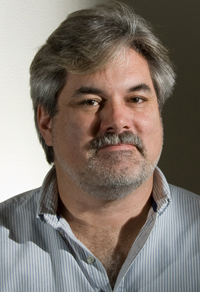 In a paper being published today in Nature Chemical Biology, the laboratory of Gladstone Senior Investigator Steven Finkbeiner, MD, PhD, singles out one form of a misfolded protein in neurons that best predicts whether the neuron will die. Neuronal death is key to the development of Huntington’s symptoms—including erratic behavior, memory loss and involuntary muscle movement. This research underscores the value of the cross-disciplinary work done at Gladstone—a leading and independent biomedical–research organization—while revealing techniques that scientists anywhere can apply to conditions involving misfolded proteins, such as Alzheimer’s disease and type 1 diabetes.

“Effective treatments for diseases such as Huntington’s and Alzheimer’s have been slow to develop,” said Dr. Finkbeiner, whose research at Gladstone investigates the interactions between genes, neurons and memory. “We hope that our newfound understanding of precisely which misfolded proteins contribute to disease symptoms will speed up drug development for sufferers.”

Huntington’s, an ultimately fataldisease that affects more than a quarter of a million people nationwide,is caused by mutations in the gene that creates the huntingtin, or htt, protein. As the mutated gene produces htt, a segment of the protein called polyglutamine is mistakenly expanded, distorting htt’s natural shape and function. As a result, the misfolded protein malfunctions and can be toxic.

Previous researchinto Huntington’s found that misfolded proteins in the brain lead to the dysfunction and subsequent death of neurons. In this study, Dr. Finkbeiner set out to find which misfolded htt types were the most toxic. In laboratory experiments on mice, he and his colleagues screened numerous antibodies that each bind uniquely to one type of misfolded htt in order to identify and tag each type. These antibodies acted as molecular tracking devices that Dr. Finkbeiner monitored with an automated microscope and specialized software, both of which his lab created. Experiments revealed that one of the antibodies, 3B5H10, bound to a form of htt closely linked to neuron death and, therefore, disease progression.

“Now that our experiments have identified—at a cellular level—when neurons will die, it will be easier to develop drugs that target the toxic form of htt that causes Huntington’s symptoms,” said Dr. Finkbeiner, who is also a professor of neurology and physiology at the University of California, San Francisco (UCSF), with which Gladstone is affiliated.

“Dr. Finkbeiner’s powerful and precise approach could enable the development of pharmaceutical treatments for other diseases as well,” added Lennart Mucke,MD, who directs neurological research at Gladstone.“These methods are applicable to many devastating neurodegenerative conditions, especially Parkinson’s disease and Alzheimer’s.”

Other scientists who participated in the research at Gladstone include Jason Miller, Montserrat Arraste, Elizabeth Brooks, Clare Peters-Libeu, Justin Legleiter, Danny Hatters, Jessica Curtis, Kenneth Cheung, Preethi Krishnan, Siddhartha Mitra, Kartika Widjaja, Gregor P. Lotz, Yvonne Newhouse, Paul Muchowski and Karl Weisgraber.The Lieberman Award from the Hereditary Disease Foundation was given for this work. Other research funders include the Taube-Koret Center for Huntington’s Disease Research, the National Institute of Neurological Disorders and Stroke, the National Institute of Aging, the High Q Foundation, the Huntington’s Disease Society of America, the National Center for Research Resources and the National Institutes of Health.

The Taube-Koret Center for Huntington's Disease Research at Gladstone was established in 2009 with gifts from Taube Philanthropies and the Koret Foundation for the sole purpose of identifying strategies and developing therapeutics to treat people with Huntington’s and related neurodegenerative diseases.