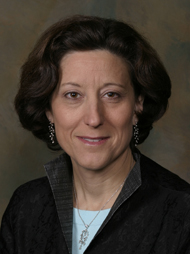 As you can read in one of a series of UCSF.edu articles on promising approaches to defeating breast cancer, the trio’s game plan calls for targeting an inflammatory response that helps fuel triple-negative breast cancer growth, and to help carry it out they are equipped with a new $6.5 million grant from Susan G. Komen for the Cure.

Not all breast cancers are the same when it comes to the genetic makeup of their tumor cells, and the triple-negative variety has nasty stuff. What it doesn’t have is a reliance on genes that other types of breast cancers often depend on — the estrogen receptor, the progesterone receptor, and a third receptor called HER2. Hence the name triple negative.

After years of research, genetic profiling, and drug development, oncologists now have treatments designed to target two of these receptors in breast cancers that have them. Raloxifene and tamoxifen target the estrogen receptor, while Herceptin targets HER2. Oncologists often use these treatments along with other therapies to help knock those cancers out of the park for good, and compared to decades past, they have a high batting average. Overall, more than nine out of ten women diagnosed with breast cancer now survive five years or more.

However, for the roughly one in six women with breast cancer who have triple-negative breast cancer, the odds are worse. About three out of four survive five years or more. The tumors sometimes grow aggressively — from an undetectable to a difficult-to-treat stage between regular screening mammography exams, for instance. A new study finds that triple-negative tumors are more rapidly deadly than other breast cancers when they spread to the brain.

Fortunately, medical researchers are making new genetic discoveries about triple-negative breast cancer that may translate directly into better treatment. For one thing, there may be genetic subtypes within this often deadly tumor type, maybe even some that will be susceptible to already existing drugs used in new combinations. But for UCSF researchers a fruitful line of research centers on a different cell type — immune cells called macrophages, which aid and abet triple-negative breast cancers.

The team is headed by UCSF laboratory scientist Lisa Coussens, PhD, UCSF oncologist Hope Rugo, MD, and Shelley Hwang, MD, a surgical oncologist at Duke University. The researchers' preliminary findings are promising. “Data from our lab show that tumor-bearing mice treated with a drug that reduces infiltration of macrophages into tumors, PLX3397, enhances sensitivity to chemotherapy, thereby reducing the spread of cancer to the lungs and prolonging survival,” they report. They plan to do additional studies in animals before testing the drug in women.