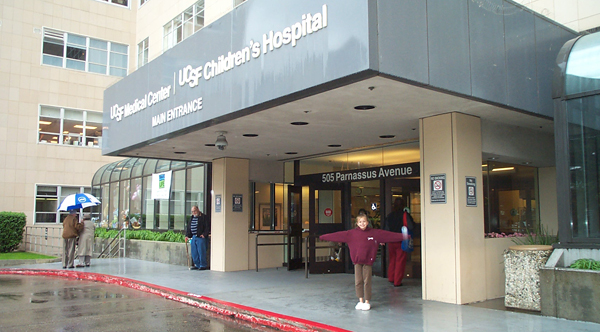 When Herb Moussa first began work on the new UCSF Medical Center at Mission Bay four years ago, he saw the ambitious project through the eyes of an architect with more than two decades of experience designing health care facilities for the San Francisco firm Anshen+Allen.

Today, he sees it through the eyes of a father who credits UCSF with saving the life of his youngest daughter, Sarah.

In April 2010, a sinus infection spread to the tissue surrounding the 9-year-old’s eye — a relatively uncommon conditionknown as periorbital cellulitis — and caused swelling in her brain and a seizure that left her unconscious.

Sarah was rushed to the UCSF Benioff Children’s Hospital, and over the next 11 days Moussa and his wife watched a team of specialists tend to their daughter around the clock. In a journal Moussa kept documenting that harrowing time, he wrote down the names of roughly 80 hospital staff who participated in Sarah’s treatment and recovery.

One of those was Jay Tureen, MD, an infectious diseases specialist in the UCSF Department of Pediatrics, who said his department sees fewer than 10 cases a year like Sarah’s. 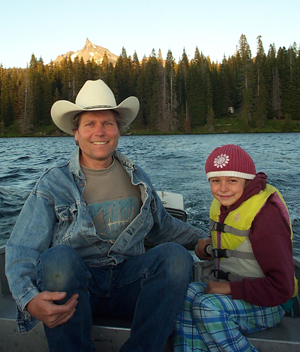 Herb and Sarah Moussa enjoy a day on the lake.

“A lot of kids have sinus infections, but not a lot develop periorbital cellulitis, particularly with these significant complications,” said Tureen, who added that Sarah was receiving the appropriate therapy for a sinus infection before she was hospitalized.

Moussa, the overall project architect for the $1.5 billion, 289-bed medical center complex, which will include a new children’s hospital, says his family’s experience at UCSF has given him new insight into hospital design and has renewed his commitment to creating a facility that is unrivaled in excellence and innovation.

“It just blew me away,” Moussa said of the quality of care at UCSF. “I used to pooh-pooh the difference between a pediatric and an adult hospital, but now I get it.”

The features of the current children’s hospital that impressed him most — including its school program, playroom and the services tailored to siblings like Sarah’s older sister, Mariah —will appear in the new hospital in an enhanced form.

Other design features will improve on the existing model, Moussa said, noting that each patient will have his or her own room, bathroom and a “huge window with a great view.”  In addition, young patients will have access to a wide array of technological perks, such as in-room Wi-Fi, video games and even the ability to order their meals online.

Despite the seriousness of her condition at the time, Sarah’s ordeal is “yesterday’s news” as far as her health is concerned, Tureen said.

The former patient, now 11, has visited her father on several occasions at his office in the 12,000-square foot Integrated Center for Design and Construction at Mission Bay, headquarters to more than 100 architects, engineers and contractors and located at the base of the emerging medical center, which is scheduled to open in 2015. The medical center complex also will include women’s specialty and cancer hospitals.

“We’ve been to the mock-ups of the types of patient rooms where she stayed,” Moussa said of Sarah. “She looks at the different features and says, ‘Wow, this is going to be great!’”

Moussa isn’t the only one who sees his job in a different light after those life-changing days last year; his daughters finally “get it,” too, he said.

“I think it’s this realization that their dad has this small part in a really good thing that’s going to help a lot of people,” he said. “You wish you never had to go through something like this, but so much good has come of it.”

Periorbital cellulitis is a relatively rare complication stemming from an underlying sinus infection or trauma to the area surrounding the eye. Tureen says potential warning signs include swelling around the eye, the appearance that the eye is protruding, and loss of full mobility of the eye.