A survey of federally funded diabetes prevention and control programs in 57 U.S. states and territories has highlighted the need for better diabetes treatment guidelines that are specifically adapted to different populations. Such guidelines do not currently exist. 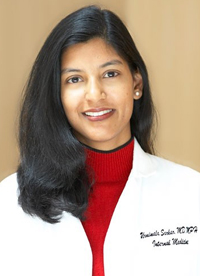 As described in the American Journal of Public Health, these national guidelines are geared toward managing diabetes in individuals, not planning care for populations – and may not be designed to operate optimally within a given state’s resources. But officials who oversee these programs do not have enough scientific evidence to adapt these guidelines to their needs and resources, the survey revealed.

For instance, current guidelines call for annual vision screening, since retinopathy and blindness are common health problems associated with diabetes. But some people with diabetes may be at low risk of such problems, and for them getting an eye exam every other year might suffice.

If more specific, adapted guidelines did exist, each state might be able to better maximize its resources and more effectively confront the pressing problem of diabetes, which affects about one in 10 Americans and costs taxpayers more than $200 billion annually.

“In order to improve diabetes health for populations, rather than individuals, we need to know how to maximize health and quality of life with the limited resources that are available,” said Urmimala Sarkar, MD, MPH, an assistant professor at UCSF Division of General Internal Medicine and the Center for Vulnerable Populations at San Francisco General Hospital, who led the study.

Controlling Diabetes in California and in the United States

Diabetes in California provides a snapshot of the national diabetes epidemic: it is a serious problem that is getting worse. An estimated 4 million people in the state (one in seven adults) already have diabetes, and millions of others are at risk of developing the disease. Cases of diabetes have soared by more than a third over the last decade, and statewide costs related to the disease are estimated at over $24 billion a year.

Addressing this growing epidemic, the U.S. Centers for Disease Control and Prevention (CDC) grants a limited amount of money to health departments in each U.S. state and territory for diabetes prevention and control programs.

These grants differ from state to state, and in California, the state health department contracts with UCSF to help administer the program. Federal funding amounts to about $1 million a year – about 25 cents for every person in the state with diabetes.

According to the new survey, officials in California and most other states promote public health in part by publicizing best practice guidelines for treating people with the disease. These guidelines are set at the national level by professional societies like the American Diabetes Association and the American College of Endocrinology, which generally convene working groups of clinical experts to review the latest available clinical data and set the guidelines, often based on an idealized health care system and patient.

These guidelines outline when patients should be started on insulin, for instance, how often they should have their blood sugar levels tested, how often they should go in for eye exams and so forth. But the guidelines do not consider the cost of delivering the care, the comparative effectiveness of each intervention, the ease of implementation and the points at which most public health benefits can be gained.

For instance, the guidelines have become increasingly more aggressive in recent years in their call for glucose control to keep diabetes in check – lowering sugar levels through the use of insulin and other means.

This advice is informed by evidence showing how effective aggressive glucose control can be in clinical trials. But these trials usually involve patients with few secondary health problems who are not very diverse in terms of gender, ethnicity or age, said Sarkar. Those patients may not be representative of all the sub-populations of people with diabetes in any given state.

That matters, said Sarkar, because aggressively pursuing glucose control may not be as rewarding for some patients as it is for others – it may even place some people at risk of greater health complications. Overly aggressive glucose control can lead to low blood sugar and cause fainting in elderly patients. Fainting for a 40-year-old may not present a serious health problem, but for an 80-year-old woman whose bones are weakened by osteoporosis, fainting is a severe health risk.

Ideally, states would tailor treatment guidelines to the diverse communities affected by diabetes and the health systems in which they receive their care, but the science does not exist to support states in this effort.

Diabetes control programs need to have better data to determine how to best prioritize these guidelines and weigh optimal versus “good enough” care. Not enough is known about how interventions compare, or whether public health guidelines that depart from national standards for aggressive treatment would enable more people to benefit from interventions to prevent complications. Lacking these data, states may be missing an opportunity to better promote public health, said Sarkar.

The article, The Wrong Tool for the Job? Diabetes Public Health Programs and Practice Guidelines" by Urmimala Sarkar, Andrea Lopez, Karen Black, and Dean Schillinger is published in the American Journal of Public Health.