Mammograms are not one-size-fits-all, says noted breast cancer researcher Karla Kerlikowske, MD, of the University of California, San Francisco (UCSF). Rather, they should be customized based on a woman’s age, breast density, family health history and other factors. 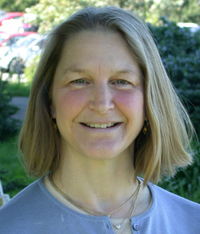 Kerlikowske, a professor of medicine at the UCSF School of Medicine and a physician at the UCSF-affiliated San Francisco Veterans Affairs Medical Center, is an internationally recognized expert on breast cancer screening with a particular expertise on mammograms.

By scrutinizing one of the primary tools of breast cancer detection, she has pioneered mammography research and in the process challenged accepted medical practice with evidence from her research. One of her seminal articles published more than a decade ago in the Journal of the American Medical Association found that evidence was lacking to support routine mammography for women under 50.

Kerlikowske has also shown that overweight postmenopausal women and women with high breast density who take postmenopausal estrogen and progesterone therapy are at great risk of advanced breast cancer. In addition, she has illuminated a skyrocketing rate of diagnosis of a type of breast cancer called ductal carcinoma in situ (DCIS) and found most DCIS tumors are not destined to result in an invasive breast cancer diagnosis later on.

A recently published paper that Kerlikowske co-authored pinpointed numerous factors – not just a woman’s age – important in helping determine when to start mammograms and their ideal frequency. Those factors include breast density, because dense breasts have a greater risk of breast cancer, as well as family history of breast cancer and even the woman’s own values. Mammography should be personalized based on these and other factors, Kerlikowske says.

In mid-October, Kerlikowske will publish two new scientific papers: one compares in more than 170,000 women the probability of false positive mammography; the other looks at the effectiveness of digital versus film mammography in the United States.

For years, Kerlikowske has cautioned that one potential harm of screening mammography is false positive results. The majority of abnormal mammograms, she says, are not due to cancer, triggering needless anxiety, medical tests and breast biopsies.

“We are collecting evidence for development of screening guidelines based on a woman’s risk of breast cancer such that those at high risk may start screening at an earlier age and those at low risk may start screening at a later age and be screened less frequently,’’ Kerlikowske said. “A risk-based approach to screening that starts with determining a woman’s risk of breast cancer and recommending screening modality and frequency based on risk will maximize the benefits of screening and minimize the harms.”