UCSF will establish a Multicultural Resource Center to promote a campus culture of inclusion and equity, cultural competency and interprofessional collaboration, as well as support the recruitment and retention of diverse faculty, staff, students and trainees. 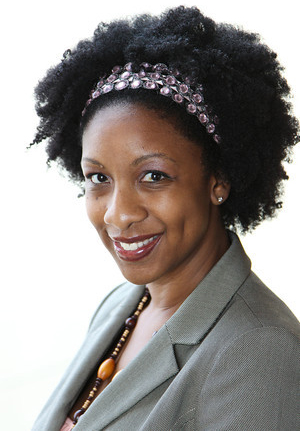 Mijiza Sanchez will serve as the inaugural director of UCSF's Multicultural Resource Center.

Recently named director of the new center, Mijiza Sanchez envisions it being a warm, welcoming space that will serve as a bridge to the entire campus community when it opens this fall.

But first she has to find the place.

"The mission of the Office of Diversity and Outreach is to build a broadly diverse faculty, student and staff community, to nurture a climate that is welcoming and supportive, and to engage diverse ideas for the provision of culturally competent education, discovery and patient care," Navarro said.

For the past six months, Navarro has worked to establish a centralized office of Diversity and Outreach to "bolster and foster collaboration, improve our effectiveness and serve as a cornerstone for cultural transformation on our campus. With a unified approach, we will coordinate and assess diversity activities on campus and identify areas of need so that we may continue diversity training and accountability measures," she said in an email to the UCSF community.

With that in mind, the following units have been integrated within the Office of Diversity and Outreach:

The Multicultural Resource Center, to be based on the Parnassus campus, will offer support services for the UCSF community. In her role as director, Sanchez will chair a task force with broad representation from across the University to determine its function and scope.

UCSF will host a celebration in October, which is Diversity Awareness Month, to pay homage to supporters of diversity efforts and to the students whose quest for such a center began years ago.

“They were multi-ethnic, multicultural and — in many instances — the first generation in their families to go to college and attend grad school,” Sanchez said. “We honor the unique needs of our multicultural students and we’re committed to providing students from diverse backgrounds the resources they need as well as a safe space where they can interact with staff who have the expertise to support them.”  They often require special resources and a place they can go to where people understand their struggles. 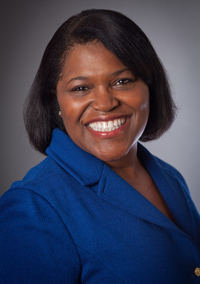 Sanchez said many multicultural students come from undergraduate campuses equipped with safe spaces for discussing important topics, opportunities to socialize, support services or just to lounge. “Our students found that there was a gap, and UCSF saw an opportunity to create a space for this vital community,” she said.

Uchenna Okoye, now in her third year of medical school at UCSF, was one of the eight students who two years ago created the center’s predecessor, the Health Unity Board (HUB). The students reserved a classroom, also called the Hub, which was available every Monday for meetings, studying, or potlucks.

“It was very well received, but we wanted to do more,” Okoye said. “I’m definitely excited about the center, but it’s just a start. We need to change the culture into one in which everyone feels welcome.”

Coincidentally, “hub” is the exact word used by Navarro when describing the soon-to-be-established center. The idea of creating such a space also was among the recommendations made by a task force that Navarro co-chaired before being named UCSF first vice chancellor of Diversity and Outreach in December 2010.

“I am delighted that Mijiza has accepted the position as the inaugural director of this important resource center for our campus,” said Navarro. “The Multicultural Resource Center will serve as a hub for faculty, students and staff, and it will be a key component of the ongoing enhancement of our climate and engagement of the campus community.”

Sanchez grew up in the New York City borough of Queens — one of the most diverse places in the United States, according to the 2010 Census. Her father is Jamaican with Panamanian ancestry and, her mother is from Barbados. She was the first person in her family to go to college, and will be the first to earn a doctorate.

While the Multicultural Resource Center is new to UCSF, Sanchez is not. She has worked at UCSF seven years, in the UCSF Helen Diller Family Comprehensive Center and the Office of Research. Most recently, she served as assistant director of the Center for Gender Equity, where she conducted leadership development programming and ran a mentorship program before it closed in December as part of the reorganization of diversity-related efforts. Sanchez also has taught basic self-defense on campus and has been an advocate for victims and survivors of intimate partner violence, an area in which she is a certified counselor.

Sanchez is working on her doctorate at the University of San Francisco in International and Multicultural Education, with an emphasis on human rights education and second-language acquisition. She has traveled extensively and loves to take photographs with her Nikon D3000.

When asked how she is managing to squeeze in everything, she laughed. “I don’t have a life,” Sanchez said. “But it’s good. It’s kind of serendipitous because this is exactly what I’ve been studying for many years: human rights, and globalization and gender issues. These are all topics and issues that I’m so passionate about. Now, suddenly, it doesn’t feel like work.”

Not long ago, Sanchez did a UC Extension workshop called “Multicultural and cross-generational communication in the workplace and beyond.” Reflecting on that experience, she said, “What’s so valuable is that it opens the door to let you look inside yourself. One of the things that will be very beautiful about this multicultural center is if I can create a space where we have discussions openly and compassionately, and talk about things that are uncomfortable and taboo in a respectful and enriching way.”

Okoye mentioned an incident a few years ago in which a small group of UCSF medical students broke into pairs, with one playing the doctor and one the patient. A mock patient, who was white, asked the “doctor” for steroids. The mock doctor asked why, and her patient responded, “So that I can run fast like the black girls.”

“The ‘doctor,’ the only African American student in the group, was offended and taken aback,” Okoye said. “No one else seemed to be upset. We need a place to deal with these things as they come up.”

Sanchez is adept at getting dialogues started. At a leadership conference at the Claremont Hotel in Berkeley for underrepresented women students in the health sciences, Sanchez ran a “pillow talk” session in which the women got into their pajamas to make it easier to open up. “It’s just for students,” she said. “Every year a faculty person comes in and we have to kick them out. What happens at the Claremont stays at the Claremont.”

In a recent accreditation report for the School of Medicine by the Liaison Committee on Medical Education, reviewers were excited to learn that UCSF now has a vice chancellor for diversity but asked what the plans were for increasing faculty diversity. It’s an issue that Sanchez knows well.

“A lot of work around diversity is about recruitment,” she said. “But they get here and then what? On campus, there is a tendency for campus departments to operate as little silos —especially since the campus sprawls across the city. It can be very isolating. Over the years, I’ve had staff members tell me in my previous role that they were the only person of color in their department. The only time they felt heard was when they came to my events for women of color.”

Sanchez hopes the Multicultural Resource Center will change that. She recently completed a summer course in Ecuador studying indigenous rights and bilingual education. While she was there, she bought artwork that will be used to help decorate the new place.

“I want the center to look like the community at UCSF,” she said. “And I want everyone to have input into what it looks like.”