For the first time in his life, 50-year-old Art Wagner is growing a beard. He wants people to ask why. 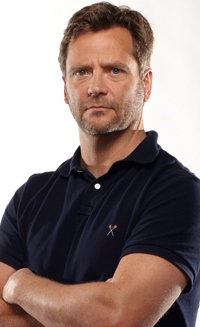 “I’m starting my beard on Sept. 1,” said Wagner, who works in advertising sales and is pursuing a master’s degree in counseling at St. Mary’s College in Moraga. “I’m a little terrified of what I’ll look like after a month. It’s not something I ever wanted to do. People don’t have to grow full beards. Even if it’s a little stubble or a soul patch or a goatee, that’s fine.”

The approach is simple. Men can get involved as individuals or teams by going to septembeard.org and setting up a personalized profile page they can share with people and ask for donations to the institution of their choice. “Leaderbeards” show how teams are doing against competitors around the country.

“Art obviously brings a wealth of experience to this project, but his most important assets are his passion, innovation and commitment,” said Peter Carroll, MD, MPH, professor and chair of urology and associate dean of the UCSF School of Medicine. “He is truly focused on improving the quality of life for those at risk of prostate cancer, as well as those with the disease. The project is fun, capturing men’s attention -- not easy to do -- but also very impactful.”

Carroll, who holds the Ken and Donna Derr - Chevron Texaco Distinguished Professorship in Prostate Cancer, is Wagner’s doctor. He discusses advances in prostate cancer treatment in a video on the Septembeard website.

“There are so many things I like about Dr. Carroll,” Wagner said. “He’s this renowned urologist, but he’s also one of the most humble guys I’ve ever met. He has a terrific bedside manner. It’s really rare to find someone with both qualities.”

Wagner, who will be 51 on Sept. 16 and is now thriving, found out through a “total fluke” in May 2009 that he had prostate cancer. He had swum 100 miles in five months at his fitness club and was sure he was in superb health. To prove it, he decided to have his first physical in five years.

“I’ll try to put a positive spin on it and say it was serendipitous, but it was total hubris,” he said. “I went to the doctor so that I could be told what great shape I was in. It’s the first time this sort of hubris saved my life.”

His primary care physician had suggested prostate cancer screening because Wagner’s father, now 80, was diagnosed with the disease at age 64. After the physical, she told the 6-foot-3, 204-pound Wagner that he was indeed in terrific shape, except that he might have prostate cancer because his PSA test result was 5.6.

“Like most guys, I hadn’t paid attention to it,” he said. “I figured I was bulletproof. I should have known better.”

Wagner was walking out the front door of his Berkeley house, heading up to Sea Ranch with his wife and two children, when he got the bad news from his doctor. He immediately scheduled a biopsy. The following week, it came back positive and showed a large volume of cancer. 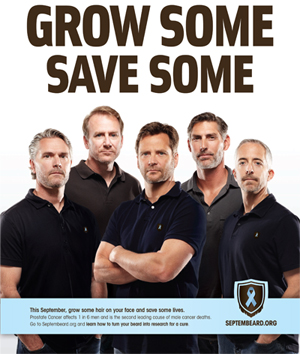 Wagner set up appointments at Stanford and UCSF, strongly hoping that Carroll, whose “reputation preceded him,” would take him on as a patient. After that happened, the two discussed the options available to him and Wagner chose surgery. He later underwent 34 days of radiation treatments.

“Before the surgery, I thought that was it,” Wagner said. “This was the beginning of the end. Emotionally it was very difficult, taking the notion of death from an abstract thought to a reality. My son was 2 and my daughter was 6 at the time. That was the part that got to me -- and it still gets to me -- that I would never see them grow up.”

The Chicago native had become a San Francisco Giants season ticket holder when the team moved to its new ballpark in 2000. Last September, he watched relief pitcher Brian Wilson’s beard grow and the “Fear the Beard” craze take off during the team’s improbable march to a World Series championship.

“I thought if I did something, like get guys to grow beards, people would ask, ‘Why are you doing this?’ I grabbed the URL last October and figured, ‘I’m going to do something about this.’ But I didn’t know when or how.”

In the spring, Wagner’s idea became less quixotic. He said he called in every favor he could, asking friends and business contacts to help put Septembeard together. They shot photos, did videos, offered legal advice, started a website and created an ad that is running in the September issue of Men’s Health and Runner’s World magazines.

“I got everyone I know together,” he said. “It started gaining momentum. So far, people have contributed more than $1.5 million in time and money. I’ll feel as if I knocked the ball out of the park if I raise $50,000 this year. The bulk of the donations will be over with by Sept. 30.”

Next year, Wagner is aiming for half a million and more than $1 million the year after that, hoping to land corporate sponsorships and turn Septembeard into a national campaign, with scruffy, hairy and furry men all over the place. When he started researching prostate cancer, he was inspired by the fundraising efforts focused on breast cancer.

“Women are so much more organized and do such a better job,” Wagner said. “They have pink baseball bats at baseball games. Why don’t we have blue baseball bats? I’m lucky I live in the Bay Area and have UCSF and Peter Carroll in my backyard. So many people don’t have any of these components and still have to face this disease. If these top institutions can get more research money, these are the ones who are going to find a cure.”