A common antibiotic can help reduce the severe wheezing and other acute symptoms of chronic obstructive pulmonary disease, according to a large, multicenter clinical trial sponsored by the National Institutes of Health and conducted at the University of California, San Francisco (UCSF). 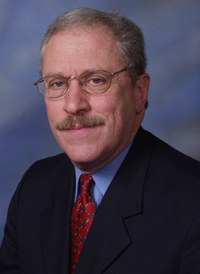 The study appears in the August 25 New England Journal of Medicine.

“This is a terrible disease that destroys the patient’s lung function,’’ said co-author Stephen C. Lazarus, a UCSF professor of medicine and chairman of the steering committee of the National Institutes of Health-funded network that conducted the study. “People with it become short of breath doing routine daily activities. For those with severe disease, it’s like suffocating.

“This study suggests that regular use of a commonly prescribed antibiotic can reduce the frequency of exacerbations in the disease,’’ he said.

Flare-ups, or exacerbations, are to COPD what heart attacks are to coronary artery disease: acute manifestations of a chronic disease that often hasten the progressive deterioration of the patient. The exacerbations are responsible for many doctor visits, trips to the emergency room and hospitalizations. Patients with acute exacerbations have a more rapid decline in lung function and a higher risk of death.

In the United States, most cases of the disease are due to smoking. In undeveloped countries, the illness is largely caused by biomass fuels, which are often used for heating and cooking indoors without a chimney.

The medical community both in the United States and worldwide has long been puzzled about how best to treat COPD. The antibiotic azithromycin – already widely prescribed for numerous bacterial infections including pneumonia and strep throat -- is often given for flare-ups, generally for 5 to 10 days.

The NIH study was designed to examine whether that antibiotic would be effective in reducing COPD flare-ups. The trial involved 1,142 randomized participants from 17 medical sites who were at least 40 years old, had a clinical diagnosis of COPD, and had smoked for at least 10 years. The trial subjects received either azithromycin or a placebo daily for one year in addition to their usual care.

Those receiving azithromycin were 27% less likely to experience an acute flare-up which occurred after 266 days on median, compared to 174 days for those receiving the placebo. Patients taking the antibiotic also responded more favorably on questionnaires that asked them to assess their breathing ability and their general well-being.

“If we can improve the quality of life for patients with this disease and slow their loss of lung function, then we have done something really important for them,’’ said Lazarus.

The researchers noted a side effect of adding the antibiotic to the usual treatment regimen: a small percentage of the patients suffered slight hearing loss. 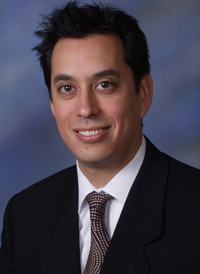 Prescott G. Woodruff, MD, MPH, a UCSF associate professor of medicine and associate director of the UCSF Airway Clinical Research Center, is also a co-author of the study.

Scientists in the UCSF Pulmonary & Critical Care Division have been working for decades on basic and clinical research to learn more about chronic obstructive pulmonary disease and to devise new treatment approaches. They are currently recruiting for another study to see if a drug commonly used to reduce cholesterol is effective at preventing COPD flare-ups.