A UCSF-led pilot study in San Francisco has found the highest levels ever reported among pregnant women worldwide of banned chemicals used in flame retardants, a likely result, they believe, of California’s strict flammability regulations. 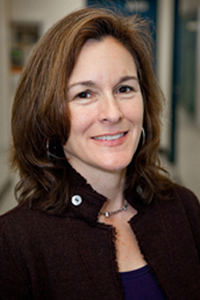 Polybrominated diphenyl ethers (PBDEs) were added to consumer products, such as electronics and foam in furniture beginning in the 1970s. The chemicals slow ignition and the rate at which a fire grows, according to the US Environmental Protection Agency (EPA).

Tests indicate that these chemicals may cause liver, thyroid, and neurodevelopmental toxicity, according to the EPA.

The research team found high levels of the chemicals, as well as the products that result when the flame retardants break down in the body, in 25 second-trimester pregnant women from Northern and Central California seeking care in San Francisco.  While the data are preliminary, researchers also found that higher PBDE levels in the pregnant women were associated with thyroid hormone disruption.

“These important results, showing that pregnant women in this California population are exposed to high levels of certain flame retardants, is a key part of our work to understand and address multiple chemical exposures that occur during this sensitive time period,” said senior author Tracey Woodruff, PhD, director of the UCSF Program on Reproductive Health and the Environment, part of the UCSF Department of Obstetrics and Gynecology and Reproductive Sciences.

The study abstract is available online today in the journal Environmental Science and Technology.

“While our study group was small, the higher chemical exposure in pregnant women is particularly concerning and warrants further research. PBDEs can disrupt the thyroid system and have been linked to neurodevelopmental problems in children following prenatal exposure,” said Ami R. Zota, ScD, MS, lead author and a postdoctoral fellow working with Woodruff.

“Despite the ban, blood levels of flame retardant chemicals are two times higher for California residents than for people in the rest of the country, likely because our state has the most restrictive flammability requirements nationally,” said Zota. The state’s standards were achieved mainly by adding PBDEs to polyurethane foam-containing products used in the home and office, she added.

People today continue to be exposed to the chemicals.  As products like crib mattresses, carpet padding and upholstered furniture age and break down, PBDEs are released into the air and dust. California homes have some of the world’s highest levels of PBDE chemicals in their household dust, Zota said. 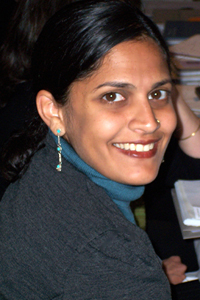 In addition, research has not shown that adding these types of chemicals can produce the intended benefit of saving lives, particularly compared to other interventions such as state laws requiring fire-safe cigarettes which extinguish rapidly when left unattended, according to Zota.

The women in the study group were racially diverse and predominately lower-income. The researchers excluded participants who, at the time of the study, were smoking, using illicit drugs, taking thyroid medication or had fetal health issues.

The data also support previous findings that indicate low-income populations are likely to have higher exposures to PBDEs, according to the researchers. Researchers suspect these economic disparities may be due to the presence of poorly manufactured furniture, deteriorated PBDE-treated furniture foam and poorer housing quality in lower-income homes.

Another UCSF study recently found that the bodies of virtually all U.S. pregnant women carry multiple chemicals, including PBDEs and others banned since the 1970s. That research was the first time that the number of chemicals to which pregnant women are exposed has been counted.

The new work was supported by the Passport Foundation Science Innovation Fund, the Learning Disabilities Association of America, and the National Institute of Environmental Health Sciences.

Co-authors include June-Soo Park, Yunzhu Wang, and Myrto Petreas, all of the California Department of Toxic Substances Control in Berkeley, and R.Thomas Zoeller, of University of Massachusetts at Amherst.