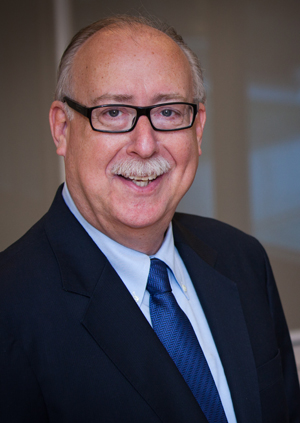 As flu season approaches, health care providers need to do more to improve rates of influenza immunizations in lower-income communities, according to new research that identifies the factors that most influence when people obtain flu shots.

The study found that more people get flu shots when they see a health care provider who recommends and offers it – even when patients initially express little interest in being immunized.

The study, led by UCSF’s David Vlahov, RN, PhD, was conducted among residents of two major low-income minority communities in Harlem and the South Bronx during the 2009-2010 influenza season.

Vlahov, a pioneer in urban health research, became dean of the UCSF School of Nursing in April. Previously, he worked at the Center for Urban Epidemiologic Studies at the New York Academy of Medicine where research for the paper was conducted.

The paper is available online at the Journal of Community Health.

The researchers conducted a street-based survey of nearly 1,000 adults in the neighborhoods of Harlem and the South Bronx, which are predominantly lower income, black or Hispanic. Chronically medically-underserved, those communities’ rates of influenza immunization historically fall far short of the federal goal of 90 percent coverage for non-institutionalized adults. In 2009, the estimated immunization rate for adults over age 50 was approximately 34 percent in East Harlem, 48 percent in Central Harlem, and 39 percent in the South Bronx.

Central Harlem has one of the highest influenza and pneumonia-related death rates in New York – 41 deaths per 100,000 compared to 27 deaths for New York City as a whole.

The new study found that flu shots would be given more widely if community health care workers encouraged people – particularly minorities and low-income -- to see their health care providers who offer the vaccine.

The researchers learned that people were likeliest to get influenza immunizations if they saw a health care provider, if they were older than 50, and born in the United States.

“The role of the health care provider was critical in the practice of flu shot delivery,’’ Vlahov said, adding that clinics need to redouble their efforts to influence patients to receive flu shots.

Among those who did not see a health provider, immunization rates were higher in those who were born in the U.S. and who were married or living with a life partner. While clinicians serve an important role, Vlahov said, encouragement from family is another positive influence.

He said that outreach to the community should include a broad campaign to reach those with social ties to local residents.

Health insurance was not a significant factor in the study, although for people who had not seen a primary care provider in the prior year those with health insurance were more likely to have been immunized.

For those who failed to see a clinician and obtain the flu shot, reasons included: being black, lack of interest, and discomfort with government.

Outreach workers need to address this, Vlahov said, by convincing people to see clinicians and programs in both traditional and non-traditional settings such as health department clinics, pharmacies and community-based organizations.

A scientist and registered nurse, Vlahov is the first male dean of UCSF’s century-old nursing schools, one of the nation’s preeminent graduate schools. Previously, he served as the senior vice president of research at the New York Academy of Medicine and director of the Center for Urban Epidemiological Studies. A prolific author and expert in global health epidemiology, he began his UCSF appointment April 1.

The study was conducted as part of Project Venue-Intensive Vaccination for Adults (VIVA) and is a collaboration of the Harlem Community Academic Partnership, and the Center for Urban Epidemiologic Studies.

The study was funded by a grant from the National Center for Minority Health and Health Disparities. The project will continue at UCSF.