Children with severe asthma are 3.6 times more likely to have been exposed to tobacco smoking before birth – even without later exposure – than children with a mild form of the disease, according to a multicenter study led by researchers at University of California, San Francisco (UCSF). 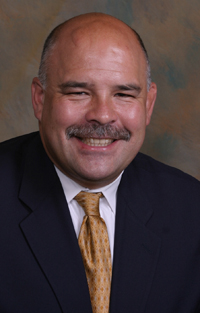 The prenatal exposure also was associated with three times the number of daily and night-time asthma symptoms later in the child’s life, as well as nearly four times the number of asthma-related emergency room visits, even when the researchers controlled for other risk factors, such as current tobacco exposure, ethnicity and allergies.

The findings could have a direct impact on public health campaigns. In the United States alone, more than one in seven pregnant women smoke and the cost of asthma is estimated at $56 billion per year in premature deaths, healthcare and days missed from school and work.

The prenatal impact far outweighed the role of exposure to cigarette smoke during the first two years of life, or current exposure to smoke, the study found. Findings will be published in the September 2011 edition of the journal Pediatrics and can be found in the advance online edition at pediatrics.aappublications.org.

While tobacco exposure has been clearly linked to childhood asthma before, previous studies were inconclusive on the role of prenatal exposure in asthma severity, particularly among the racial and ethnic populations with the highest incidence of the disease.

This research team, which spanned 16 institutes and centers in the continental United States, Puerto Rico and Mexico, set out to determine when that exposure has the greatest impact – before birth, in the first two years, or at the time of the child’s symptoms. They assessed 295 children with asthma, aged 8 to 16 years, from an existing study group of participants with Mexican, Puerto Rican and African American heritage.

The surprise was how significant prenatal exposure turned out to be.

“The only outcome that had an impact on the severity of asthma was smoking during pregnancy,” said Haig Tcheurekdjian, MD, a professor at Case Western Reserve University who was the co-senior author on the paper with UCSF’s Esteban Burchard, MD, MPH. “Even after controlling for all of the other co-factors, the children who had the most severe forms of asthma were more than three times more likely to have had a mother who smoked while she was pregnant.”

Effects of Smoking on Children

Smoking during pregnancy has been known to have myriad effects on the fetus and later childhood, including low birth weight, sudden infant death and impaired lung function. It also previously has been linked to asthma, the researchers said, but why prenatal exposure would affect the child’s lungs is unclear, since they’re not inhaling the smoke. Researchers have speculated that this involved a genetic predisposition to lung inflammation, impaired lung development or the negative effects of tobacco smoke.

The current study points to genetic changes that occur long before a child takes its first breath.

“There are environmental factors that leave their fingerprint on DNA and may have their expression several years out,” explained Burchard, a UCSF clinical professor of Bioengineering & Therapeutic Sciences and Medicine who studies asthma genetics. “In this case, something that happened in the womb is having a dramatic effect eight years later.”

An estimated 13.8 percent of American women smoke during pregnancy, according to the U.S. Pregnancy Risk Assessment Monitoring System. Findings such as these give a strong incentive to reduce that to zero. Sam Oh, PhD, MPH, a postdoctoral scholar in epidemiology in the UCSF Center for Tobacco Research and Education and one of the lead authors on this study, said a parallel study through the tobacco center found that mothers who did not finish high school were the most likely to smoke during pregnancy.

“The burden on the family of having someone with persistent asthma can be substantial,” Oh said, with the heaviest toll on low-income families, who are at highest risk of asthma, but least able to miss work to care for a child with asthma. “If we understand who these women are and the impact that smoking during pregnancy has on their children, we can target public health education campaigns to reach the women at greatest risk.”

Smoking during pregnancy clearly is not the only factor that leads to asthma, the researchers said, but the distinction was significant even when they controlled for numerous other factors known to be associated with asthma, including general allergies, history of eczema, family asthma history, age, sex and birth site across the three different racial and ethnic groups.

The current study tapped into two previous, large-scale research projects that Burchard led: the Genetics of Asthma in Latino Americans (GALA) study, and the Study of African Americans: Asthma, Genes and Environments (SAGE).

Together, the studies included 295 children with asthma, 9.2 percent of whose mothers reported smoking while pregnant. Overall, 11 percent of the children with severe asthma were exposed before birth versus 6 percent of children with mild asthma. The 3.57 odds are adjusted for other factors.

Funding for the study came from the National Institutes of Health, the Flight Attendant Medical Research Institute, RWJF Amos Medical Faculty Award, Ernest S. Bazley Trust, the American Asthma Foundation and the Sandler Foundation. The full list of authors and their affiliations can be found at pediatrics.aappublications.org.