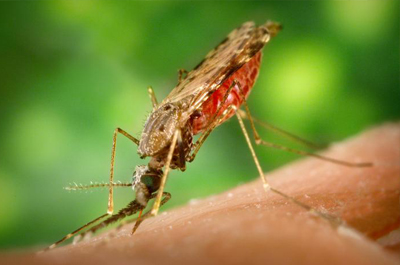 Malaria is an infectious disease caused by a parasite transmitted from person to person by the bite of a mosquito. In the past two centuries, numerous research and public health efforts worldwide have sought to combat this ancient scourge.

1820 Quinine first purified from tree bark. For many years prior, the ground bark had been used to treat malaria.

1880 Charles Louis Alphonse Laveran first identifies the malaria parasite. He is awarded the 1907 Nobel Prize for the discovery.

1898 Sir Ronald Ross demonstrates that mosquitoes transmit malaria. He wins the 1902 Nobel Prize for this work. 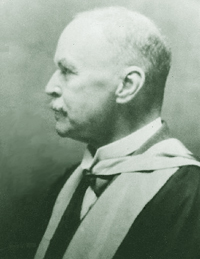 Sir Ronald Ross, one of the discoverers of the malaria parasite.

1934 Hans Andersag in Germany discovers the Anti-malarial drug Chloroquine, which is not widely used until after World War II.

1939 Paul Hermann Muller in Switzerland tests the insecticide DDT. He wins the Nobel Prize for this work in 1948.

1952 Malaria is eliminated in the United States.

1957 First documented case of resistance to Chloroquine is reported.

1976 William Trager and JB Jensen grow parasite in culture for the first time, opening the way for drug discovery and vaccine research.

1989 The U.S. Food and Drug Administration approves the use of the anti-malaria drugMefloquine hydrochloride, registered as Lariam®by Hoffman-LaRoche.

1998 Roll Back Malaria Partnership (RBM) launched by WHO, UNICEF, UNDP and World Bank with goal of halving malaria incidence and mortality by 2010.

2000 The U.N. General Assembly adopts the Millennium Development Goals, setting a target to halt and begin reversing malaria incidence by 2015.

2002 The Global Fund to Fight AIDS, Tuberculosis and Malaria is established and is led by UCSF’s Sir Richard Feachem.

An illustration of the life cycle of the parasites of the genus Plasmodium that are causal agents of malaria. See Larger

2008 The Global Health Group at UCSF comes forward with the first high-level strategy for the eventual achievement of malaria eradication. This strategy has since been widely adopted. 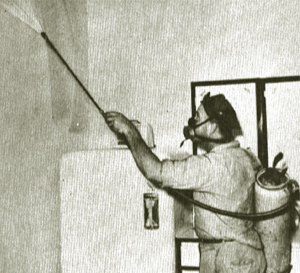 A glimpse of malaria eradication during the 1940's and 1950's in the United States.

2008 Rectal application of the inexpensive antimalarial drug artesunate proven to save the lives of young children with severe malaria.

2008 Representatives of nations around the world meet in New York and endorse the Global Malaria Action Plan (GMAP), which lays out a vision for reducing malaria in the short term and eventually eradicating it when new tools become available.