UCSF Medical Center ranks among the nation’s top 10 premier hospitals for the 11th consecutive year and is the best in Northern California, according to the 2011-12 America’s Best Hospitals survey conducted by U.S. News & World Report. 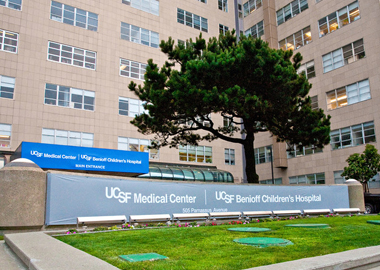 UCSF was named the seventh best hospital in the country, earning a spot on the survey’s honor roll. Just 17 hospitals made the publication’s national Honor Roll, a distinction that signals both rare breadth and depth of medical excellence. These hospitals ranked near the top in six or more specialty rankings.

In March, UCSF Medical Center was named the best hospital in the San Francisco-Oakland area according to U.S. News & World Report's first-ever Best Hospitals metro area rankings. These new rankings recognize 622 hospitals in or near major cities with a record of high performance in key medical specialties.

“There is no more important life’s work than to care for patients in their most vulnerable time of need. Every day more than 7,000 physicians, nurses and staff of UCSF Medical Center perform this noble work, providing the most advanced, compassionate health care to patients from our local region and all over the world who seek our expertise,” said Mark R. Laret, CEO of UCSF Medical Center and the UCSF Benioff Children’s Hospital.

“UCSF’s continued recognition as one of America’s top 10 medical centers is a testament to these extraordinary caregivers and researchers, and the support staff who enable their work,” said Laret, who has been at the helm of the hospital since the UCSF Medical Center began achieving top ten rankings.

The rankings cover 16 medical specialties and all 94 metro areas with at least 500,000 residents and at least one hospital that performed well enough to be ranked.

Additional details about specialty rankings will be available on Tuesday.

In a separate set of pediatric specialty rankings released in May, UCSF Benioff Children’s Hospital was ranked among the nation’s best in nine pediatric specialties, making it one of the top-ranked facilities in California.

UCSF Medical Center is recognized throughout the world as a leading academic medical center that provides innovative treatments, uses advanced technology, fosters collaboration among clinicians and scientists, and employs a highly compassionate team of doctors, nurses and staff.

Results from the U.S. News annual survey are available online at www.usnews.com/besthospitals. National and regional rankings for the 51 largest metropolitan areas also will appear in the Best Hospitals 2011-2012 print guide published by U.S. News, available on newsstands August 30.

UCSF Medical Center consistently ranks as one of the top 10 hospitals in the United States. Recognized for innovative treatments, advanced technology, collaboration among health care professionals and scientists, and a highly compassionate patient care team, UCSF Medical Center serves as the academic medical center of the University of California, San Francisco. The medical center's nationally preeminent programs include children's health, the brain and nervous system, organ transplantation, women's health and cancer. It operates as a self-supporting enterprise within UCSF and generates its own revenues to cover the operating costs of providing patient care.