The University of California, San Francisco (UCSF) announced today that it will receive additional funding through Grand Challenges Explorations, an initiative created by the Bill & Melinda Gates Foundation that enables researchers worldwide to test unorthodox ideas that address persistent health and development challenges. 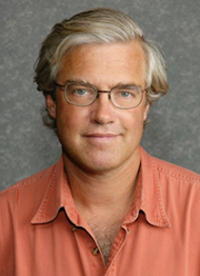 “Finding solutions to persistent global health problems is a difficult, lengthy and expensive process. GCE was designed to tap the innovators of the world by providing resources needed to explore bold ideas that are typically too risky to attract funding through other mechanisms,” said Chris Wilson, director of Global Health Discovery at the Bill & Melinda Gates Foundation.  “We’re excited to enable further development of novel approaches that can prevent or lessen the burden of diseases that kill or disable millions of the world’s most vulnerable.”

Projects that are receiving additional funding show promise in tackling priority global health issues where solutions do not yet exist. This includes finding effective methods to eliminate or control infectious diseases such as malaria and HIV.

To learn more about the next open round of Grand Challenges Explorations, visit www.grandchallenges.org.

“Our project examines the astonishing phenomenon that only five to ten percent of babies born to untreated HIV-infected mothers are born infected with HIV,” said McCune. “We believe that fetal tolerance may allow the fetal immune system to ignore the presence of HIV that has crossed the placenta in cells from the mother and thus not activate – and make vulnerable – the immune system cells that are a target of HIV.”

In previous studies, McCune’s research team discovered that the human fetal immune system is made up of special immune cells, known as regulatory T cells, which suppress the fetus’s immune responses. These cells appear to be present in the fetus to prevent it from attacking itself and its mother. They also are present in fully formed humans, preventing the body from attacking its own cells and tissues.

The idea McCune submitted for the Grand Challenge Explorations Program was to see if tolerance to HIV could be induced in the fetus of an animal, and if such tolerance could serve as a way to protect against HIV infection and/or disease progression throughout life.  “If we could create tolerance for HIV in utero or shortly after birth, we might be able to confer protection against future, potential HIV infections throughout life,” he said.

Hartigan-O’Connor is studying whether an oral drug can alter the composition of the immune system in the gut – a critical site of viral infection -- and render it capable of better controlling viruses like HIV.

“It has become increasingly clear that intestinal tissue is an important site of HIV replication and damage to the immune system,” he said. ”We aim to protect people against the effects of HIV by expanding a specific kind of disease-fighting immune T cell, the Th17 cell, which is central to defense of the intestine.”

“This approach is unconventional because it aims to alter the cellular composition of the immune system rather than create an immune response that is specific to a harmful antigen,” said Hartigan-O’Connor.

“The pilot grant was critical in developing the concept of how HIV disease develops in the gut and in exploring the use of oral drugs in that tissue,” he added.

Grand Challenges Explorations is a US $100 million initiative funded by the Bill & Melinda Gates Foundation. Launched in 2008, Grand Challenge Explorations grants have already been awarded to nearly 500 researchers from more than 40 countries. The grant program is open to anyone from any discipline and from any organization. The initiative uses an agile, accelerated grant-making process with short two-page online applications and no preliminary data required. Initial grants of $100,000 are awarded two times a year. Successful projects have the opportunity to receive a follow-on grant of up to US$1 million.

The UCSF Division of Experimental Medicine (DEM) is affiliated with the AIDS Research Institute (ARI) at UCSF. UCSF ARI houses hundreds of scientists and dozens of programs throughout UCSF and affiliated labs and institutions, making ARI one of the largest AIDS research entities in the world.