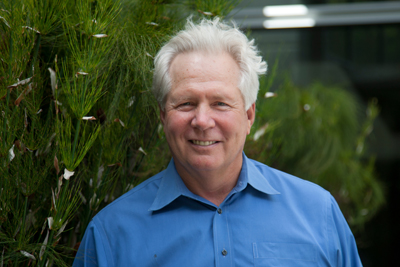 The funds will help three principal investigators at Gladstone, an independent biomedical-research organization, to explore the molecular basis for HIV latency where the virus that causes AIDS “hides” dormant within cells waiting for an opportunity to reemerge when therapy is withdrawn.

“A critical factor to finding a cure for AIDS is to solve the problem of HIV latency,” said Warner Greene, MD, PhD who leads all virology and immunology research at Gladstone. “If we can inhibit latency, then a cure for HIV-infected patients could be within our reach.”

AIDS has killed more than 25 million people around the world since first being identified some 30 years ago. In the United States alone, more than one million people live with HIV/AIDS at an annual cost of $34 billion. Patients require lifelong treatment for AIDS because the HIV virus persists in a dormant and drug-insensitive form. Better understanding this latency, and developing new ways to attack it, could finally make it possible to cure HIV-infected patients.

The funding to cure this latency is part of the Martin Delaney Collaboratory—a consortium among academia, government and private industry that the National Institutes of Health is funding and that Dr. Greene helped create. The National Institute of Mental Health also provided co-funding.

With these funds, Dr. Greene's laboratory will seek to identify previously unrecognized products in the cell that help maintain HIV latency—ultimately working to develop inhibitors against these cellular proteins. Dr. Greene's laboratory also will analyze the action and targets of various regulatory molecules known as microRNAs that are present in latently infected CD4 T cells. Eric Verdin, MD, will study the potential role of the cell's chromatin-remodeling machines in the establishment and maintenance of HIV latency; while Melanie Ott, PhD, will examine the role of histone methylation in HIV latency and the effects of small-molecule inhibitors that block the action of various methyl transferases.

“If we can successfully eradicate latency, we might be able to avoid drug therapy altogether,” said Verdin, who is a senior investigator at Gladstone.

At the same time, Dr. Greene warned, any eventual cures or functional cures can't begin to end the global AIDS epidemic unless they can be effectively used in those places where the virus is most rampant—such as sub-Saharan Africa, where about two-thirds of all people afflicted with HIV/AIDS live.

“We must construct a therapy that is usable in both the developing and developed world,” said Greene, who is also a professor of medicine, microbiology and immunology at UCSF.

The $5.6 million that Gladstone is receiving is part of the $32 million that the National Institute of Allergy and Infectious Diseases (NIAID) has awarded over five years to the University of North Carolina at Chapel Hill. That money will be shared among 19 investigators, including those at Gladstone and at nine U.S. universities including UCSF, with which Gladstone is affiliated.

The UNC-led consortium will be one of three groups funded by NIAID under its Martin Delaney Collaboratory initiative. The UNC-led effort will undertake more than a dozen research projects to discover how the virus can remain dormant and virtually invisible, identify drugs and treatments capable of ridding the body of persistent infection and to evaluate these new strategies in relevant animal models followed by testing of the most promising candidates in humans.

The ollaboratory also includes an important industrial partner, Merck Research Laboratories of Whitehouse Station, N.J. Merck has a track record in the development of small-molecule drugs and other therapies that target viral reservoirs. While Merck Research Laboratories will not receive federal funds for their contribution to this research, they will provide core resources to the academic investigators.

Martin Delaney was an internationally recognized AIDS activist who died in 2009. Delaney was a champion of the collaboratory concept to speed progress toward a cure for HIV infection through a public-private partnership involving government, academia and industry.

About the Gladstone Institutes
Gladstone is an independent and nonprofit biomedical-research organization dedicated to accelerating the pace of scientific discovery and biomedical innovation, to prevent illness and cure patients suffering from cardiovascular disease, neurological diseases, or viral infections including HIV.