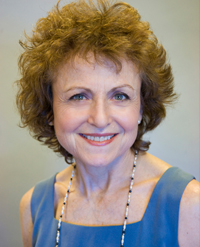 “But I never wear one hat without engaging the skills and perspective represented by my other hat,” said Brindis, DrPH, MPH, the director of UCSF’s Philip R. Lee Institute for Health Policy Studies and a co-director of the Bixby Center for Global Reproductive Health.

Both roles have converged in the past eight months as Brindis helped produce a blueprint to improve women’s well-being that the nation’s highest-ranking health official, Kathleen Sebelius, has described as a “historic” achievement.

On Aug. 1, Sebelius, US Health and Human Services Secretary, accepted all the recommendations in a new report from the prestigious Institute of Medicine (IOM), which pinpointed eight preventive services for women that health plans should cover with no co-payment required.

“As a professor of policy and pediatrics and obstetrics and gynecology, my research work has been devoted to the importance of prevention, as well as conducting studies that demonstrate its value,” said Brindis, one of 16 people on the IOM committee that wrote the report, which was released July 19.

Upon learning of Sebelius' decision, Brindis was overjoyed: "This is truly a milestone day in efforts to improve the health and well-being of women throughout the nation," she said. "While it is a giant step, we have miles to go to assure that the vision and promise of these prevention investments come to full fruition."

Brindis, who has worked at UCSF since 1982, said the medical advisory panel met five times. “We carefully conducted a laser-like, methodical review of the evidence to ask two critical questions: Where are the critical health care gaps in what already is being planned under health care reform, and what could really enhance the health and well-being of women? Too often the gender lens has been omitted from previous efforts to dissect what contributes to health.”

Sebelius’ department asked the independent, nonprofit IOM, the health arm of the National Academy of Sciences, to prepare the report, titled “Clinical Preventive Services for Women: Closing the Gaps.” Brindis said both the process and the result has been one of the highlights of her career.

“There are tremendous implications for the evidence we were able to review and synthesize,” she said. “Prevention is really at the cornerstone of the new health care reform bill. And eliminating co-pays for many preventive care services would be key in helping to eliminate traditional barriers to care—which have often contributed to health disparities.

“All too often, our health care system has been focused on an ‘after-the fact’ treatment or even a crisis-oriented approach, rather than focusing on primary prevention. We’re still often geared to thinking of improving health as only occurring in the confines of the doctor’s office. We have a real opportunity of truly examining the content of that care, as well as going farther upstream in terms of dealing with disease far earlier, with a focus on health prevention and promotion.” 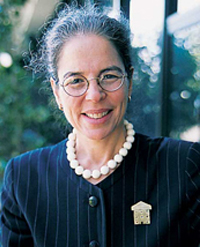 Even though all eight recommendations have been approved, Brindis recognizes that there will be delays before insurance coverage for prevention kicks in. She foresees pent-up demand for these services, coupled with the challenge of having a sufficient health workforce in place to deal with swelling numbers of insured individuals trying to take advantage of all aspects of the Patient Protection and Affordable Care Act (ACA) of 2010, not just the new offerings for women.

“If we can tip the pendulum to prevention, we can see reduced costs later on in terms of chronic conditions,” Brindis said. “But there will clearly be a need for a major transformative phase, as we shift from our more traditional approaches. It’s like making waffles. Your first waffle will likely not be perfect.

“Health care reform implementation will require careful evaluation and monitoring — both in terms of whether true access is achieved and whether we have the types of quality, safety, and effectiveness measures that we need to have in place,” Brindis said. "Like other quality improvement efforts, new research evidence will need to be used to further tweak the reform efforts.”

Brindis is among those who believe that adopting these recommendations is a major milestone in women’s health. “We will increase our likelihood of making a tremendous impact on the nation’s health and will truly advance the health of a critical group in our population,” she said. “Approximately 88 million women are anticipated to be affected by this series of recommendations.”

Nancy Adler, PhD, vice chair of the Department of Psychiatry and director of the Center for Health and Community at UCSF, served as the monitor for the IOM report and oversaw the rigorous review process. She anticipates some resistance to implementation of the recommended services for women. As with all prevention efforts, “Most of these services cost in the short term and provide benefits in the long term. As a society, we’re not good at that.” 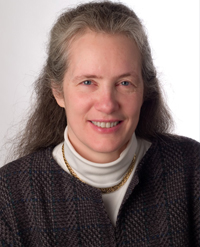 Even where the price tag was not the issue, opposition could have arisen from conflicts with religious and political values. The recommendations were praised by medical professionals and women’s rights organizations, but criticized by abortion foes, some insurers and religious groups, including the Roman Catholic Church.

“The most heated opposition has been less about whether services will improve women’s health or even around their price tag, but whether they violate people’s moral or religious beliefs,” Adler said.

The panel's recommendation for birth control without requiring co-payments, which has generated some controversy, is particularly welcome to Nancy Milliken, MD, director of the UCSF National Center of Excellence in Women's Health.

“It’s central because unintended pregnancies can also have adverse life effects on women’s ability to pursue education and get in the workforce and establish economic security,” Milliken said. “Poor family planning has a far-reaching impact on women’s health, as well as her family’s well-being.”