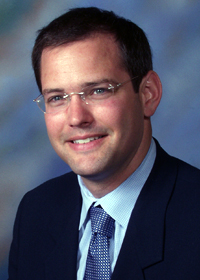 The hospitalist field is reportedly the fastest growing medical specialty in the history of modern medicine, acting as the primary point person to coordinate hospital care and create a more seamless experience for patients. Many patients are referred to hospitalists by their primary care physicians for treatment during the duration of their hospitalization and then returned to the care of their primary care physicians after discharge. In fact, UCSF is now emerging as a leader in the growth of neurohospitalists. Read story.

In his new role, Auerbach will review the literature and evidence to guide best practices for more than 30,000 hospitalists practicing in more than 3,300 hospitals across the US.

Auerbach hopes to take advantage of several growing trends in medicine to inform the journal’s coverage of the hospitalist field. “The walls of the hospital are no longer the walls that they once were,” Auerbach said. “With electronic medical records our practice is not confined to just the patient in the hospital, but we’re working with primary care colleagues and developing systems.”

Another major trend that the journal will cover under Auerbach’s leadership is the advancement of patient centered outcome research, which is used to determine the best choices for the application of medical care by evaluating and comparing health outcomes using different medical treatments or services. The Patient-Centered Outcomes Research Institute (PCORI) was created last year by the Patient Protection and Affordable Care Act to conduct comparative clinical effectiveness research. “There are lots of opportunities in hospital medicine to help us understand which drugs and devices work better than the other ones,” he said.

The Center for Medicare and Medicaid Innovation (CMI) was also established by the Affordable Care Act and is charged with developing new ways to deliver and pay for care that both reduce Medicare and Medicaid expenditures and preserve or improve quality of care. As hospitalists develop systems, Auerbach believes they will be in the middle as CMI takes off. “It is going to support a lot of work in health care delivery and I’m really excited to have the Journal of Hospital Medicine involved with it,” he said.

Birth of the Hospitalist Field

The term ‘hospitalist’ was first coined in a 1996 article co-authored by UCSF’s Robert Wachter, MD, professor and chief of the Division of Hospital Medicine, and Lee Goldman, MD, then-chair of the UCSF Department of Medicine in the New England Journal of Medicine. “I wrote the article because I saw this happening in a few hospitals around the country,” said Wachter, who is largely considered the father of the movement. “I recognized this was an emerging movement no one had put their finger on yet.” 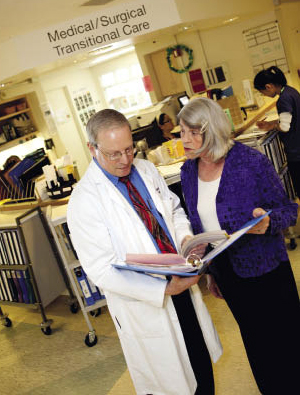 “Probably my greatest influence is attracting really smart, interesting people with their own ideas to the field and UCSF,” said Wachter, who was recently named one of the 13 most influential patient safety advocates in the United States by Becker's Hospital Review.

“Andy is a perfect example of that. We recruited him from a fellowship at Harvard a decade ago and invested in him which wasn’t hard. He has really emerged as one of the handful of top researchers in the field nationally and a superb leader. He’s a world class researcher.”

According to Wachter, in 1995-1996 there were between two and four faculty in hospitalist positions at UCSF. Now there are 50 and bigger then virtually any other department at UCSF, caring for nearly a third of patients at the Parnassus campus daily.

“The growth has been the most remarkable change since the term was coined in 1996,” said Auerbach.  “We’re pleased beyond our wildest expectations at how central our role has become as we’ve been recognized as full-fledged members of academic medical centers and departments of medicine.”

“We focus the field on a vision that is not only about providing excellent care to the patients in front of us, but acting as a steward of the institution to focus on systems improvement and leadership,” said Wachter. “It’s no longer just about being a really good doctor with an individual patient, but about how systems fit together, how teams fit together. It’s a team sport.”

Major strides have been made to secure this young field’s foundation, growing into an academic specialty with a rigorous training program, research published in a peer-reviewed journal, a fellowship program and advanced training. “All of that really are measures of a field that is not only extraordinarily big and important, but has taken on many of the attributes of a mature academic field.”