Of all the various types of doctors who see patients admitted to hospital wards or emergency departments, neurologists are among those who admit the largest number of patients with the widest variety of conditions. 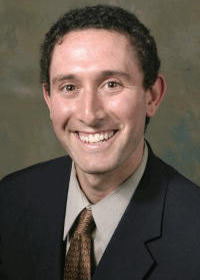 The breadth of conditions is so wide, in fact, that a growing movement across the country, which began at UCSF, is defining the “neurohospitalist” as a new medical specialty – basically, neurologists who focus on treating patients exclusively in the hospital.

To understand why, according to UCSF neurologist S. Andrew Josephson, MD, one of the leaders of this national movement, you need to walk a mile in their shoes.

Theirs is an often-complicated task. Neurologists who assess patients admitted to hospitals must look past the obvious injuries and primary symptoms that motivated them to come to the hospital and tease out the sometimes subtle, ambiguous and easily missed signs of an underlying neurological disease.

Treating someone who falls and breaks a hip just for the broken hip is a missed medical opportunity if, for instance, something like Parkinson’s disease contributed to their injury in the first place.  Likewise, if a neurologist sees a patient admitted for pneumonia who suffers delirium, the doctor must determine if the patient is just sick and confused or if the delirium is related to an underlying neurological condition.

The advent of new, highly specialized, time-dependent treatments for a number of inpatient neurological diseases in the last few years has only made the problem more pronounced, Josephson said. Many neurologic conditions that were not treatable as recently as 15 or 20 years ago now benefit from newly developed drugs and procedures.

“Neurologists are essential for taking care of patients in the inpatient setting,” said Josephson, especially since many of the neurological conditions commonly seen in hospital admissions demand not just their attention but their immediate attention.

Outcomes for stroke, for instance, are deeply impacted by the speed with which doctors administer interventions. The guidelines for using the clot-busting drugs tPA to treat stroke call for it to be used only within the first 3 to 4.5 hours after the onset of a stroke. Studies have shown it becomes less effective beyond this window.

“The quicker we can treat somebody with stroke and a number of other emergent neurological conditions, the better they will do,” said Josephson.

Many U.S. hospitals do not have neurologists on staff in the hospital, and are now trying to find ways to make them available to treat patients in emergency departments, intensive care units and throughout hospitals. In the past, this meant identifying local neurologists who have private practices nearby and having them come to the hospital, make rounds and help care for patients as needed, often in the middle of busy clinic days.

But this has become tougher and tougher for some neurologists, Josephson said, because it essentially means having two full-time jobs – keeping a brisk private practice alive while simultaneously serving as an on-call doctor at the hospital. Somehow during the day neurologists have to make time to do both, a task that was possible in the past, but now has become more difficult with an increased demand for emergent neurologic evaluation and treatment, as well as increasing recognition of neurologic problems in the hospital.

The question, said Josephson, is how to have neurologists available all the time without disrupting private practice. He believes the answer is training a subset of new neurologists specifically in seeing patients who are admitted to hospitals – educating neurohospitalists as well as non-neurologists at the nation’s medical schools.

To this end, the UCSF neurohospitalist program has emerged as a national leader, with a robust local fellowship program for neurologists interested in training in this new subspecialty and serving as a model and resource for a growing number of medical centers setting up programs of their own, Josephson said.

The neurohospitalist movement is an outcropping of a larger “hospitalist” movement within modern medicine that began at UCSF in 1996 in which doctors trained in internal medicine specialize in the treatment of hospitalized patients. See related story.

That may sound like the stuff of health care reform fantasy, but Josephson and his colleagues are hoping to prove it to be statistically accurate both locally and through collaboration with other emerging neurohospitalist programs nationally.