UCSF Medical Center has reduced hospital readmissions for older heart failure patients by nearly a third, thanks to a program designed to identify ways for hospitals to improve patients' transitions to their homes. 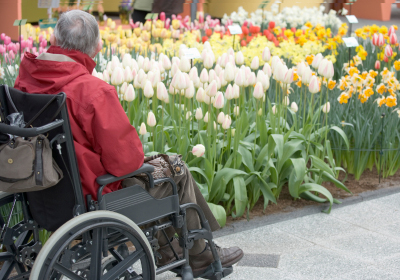 Launched in 2008 with a $575,000 grant from the Gordon and Betty Moore Foundation, UCSF’s Heart Failure Program reduced both 30-day and 90-day readmissions for patients 65 and older by 30 percent.

The program team used readmission data from 2006 as the base for comparison.

Over the past 11 months, only 16 percent, on average, of the hospital’s heart failure patients were readmitted within a month of discharge, down from 23 percent in 2006. That’s well below the national 30-day readmission rate of 25 percent. The average readmission rate was 11.6 percent during the first four months of 2011.

In 2006, an average of 45 percent of patients was readmitted within three months of discharge; that now has dropped to 31 percent.

By preventing 40 patients a year from being readmitted to the hospital, the program has cut Medicare billing by at least $1 million annually, while freeing up hospital beds for other patients. More importantly, it has increased the opportunity for patients to remain at home.

“Our patients don’t want to be in a hospital. We can keep them happier by keeping them at home,” said Karen Rago, a nurse and executive director of UCSF’s Service Line Administration.

To help patients stay at home, the program’s nurse coordinators, Maureen Carroll and Eileen Brinker, built a multidisciplinary heart failure team made up of UCSF staff and health care providers out in the community who focus on patient education and support after discharge.

Rago said including health care providers outside the hospital in the process has been key to the program’s success.

The patients “may only be with us in the hospital for three to five days,” Brinker said. “We need to work with the providers to see that interventions continue while the patients are at home instead of having patients resort to 911 and the hospital for care.”

Studies suggest that as many as half of all heart failure readmissions are preventable, with many caused by poor communication during the discharge process and patients not understanding the hospital’s instructions.

The UCSF Heart Failure Program targets those preventable readmissions by not only educating patients about their disease and how to manage it, but also making sure they understand what they have been taught, using a Teach Back technique.  In this method, health care providers ask patients to repeat what they have been told. Once patients clearly understand, the program connects them with the support they need after leaving the hospital.

“The biggest challenge has been breaking down all the silos to create a continuity of care,” Brinker said.

The program’s coordinators ensure that those connected with a patient’s care outside of the hospital are in the communications loop – including home care providers, primary care physicians and nurse practitioners. Communication starts with a “virtual team” email, sent out when the patient is first admitted to the hospital.

These emails take on a bigger role once the patient leaves the hospital, according to Carroll, as health care providers use them to communicate with each other about a patient's care and progress.

Early follow-up is also vital to preventing readmissions. Carroll and Brinker make sure patients leave the hospital with a follow-up visit scheduled within a week of discharge with their primary care physician, cardiologist or heart failure nurse practitioner.  They also make follow-up phone calls to patients during the first week they are home to review instructions and troubleshoot any problems that arise.

Heart failure patients often take multiple medications, which can be difficult to keep track of through transitions from care in the hospital to home. To detect and resolve potential discrepancies, the Heart Failure team provides general medication education to the patients in the hospital and verifies that the patient is able to get all appropriate medications at home. Nurses who care for patients at home also make sure the patient’s medications are accurate, and the team is available to follow through on concerns identified by the home nurse.

For older patients at highest risk of post-discharge complications, the coordinators collaborate with a new UCSF program called Geriatric Transitions, Consultation and Comprehensive Care (GeriTraCCC). GeriTraCCC’s medical director makes house calls and works with home care providers to manage issues, such as cognitive problems or difficulty sticking with medications, that can complicate care.

When the Moore grant ended last year, UCSF Medical Center chose to continue the program because of its dramatic success.

“I’m ecstatic with the program's accomplishments so far and hope eventually to reduce readmission rates to single digits,” Rago said.