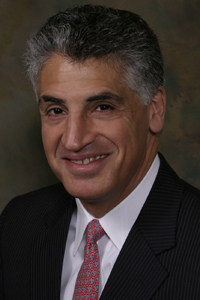 Outcomes of bypass surgery to repair blocked arteries in the legs tend to be better in the roughly one-in-five people who have inherited a specific genetic variation from both parents, according to a study presented at the late-breaking clinical trials session of the Vascular Annual Meeting in Chicago on June 18, 2011.

For the estimated 8 million people in the United States with peripheral artery disease (PAD) and for their physicians, the new findings may prove useful in weighing treatment options – surgery versus medication alone, for example. More than 100,000 bypasses, stents and angioplasties are performed each year in an effort to relieve PAD symptoms such as pain and numbness, and in some cases to avoid amputation.

However, following surgery, about half the time the artery narrows again within three years, due in large part to scarring. This often necessitates additional invasive procedures or, in some cases, loss of the limb. Outcomes for PAD treatments are known to vary, but until now nobody had identified any biomarkers that might be useful in gauging the likelihood that such procedures would provide longer-lasting restoration of blood flow to oxygen-starved extremities.

According to Michael S. Conte, MD, chief of the division of vascular and endovascular surgery and co-director of the Heart and Vascular Center at UCSF, “This is the first genetic biomarker identified to date that can be used to help predict how durable the restoration of blood flow is likely to be after bypass surgery.”

Physicians have not been able to use traditional risk factors for cardiovascular disease to come up with a measure to adequately predict whose surgically repaired peripheral arteries are most likely to quickly close off again.

In the study, led by Conte and Alexander Clowes, MD, professor of surgery at the University of Washington in Seattle, researchers analyzed DNA variation and used ultrasound imaging to track blood vessel re-narrowing – called restenosis – in 204 patients for one to five years after they received bypass grafts constructed from veins.

The UCSF and University of Washington researchers focused on a particular DNA sequence variation that is near a gene called p27. The protein encoded by the gene helps controls cell growth and is suspected of playing a role in scarring and re-closing of arteries after surgery. Scarring, a wound healing response, is driven by new cell growth. The growth of new cells in and around blood vessels can constrict blood flow.

People in the study who inherited two copies of the “A” DNA variant, located in a “promoter” region of the p27 gene, were 2.5 times more likely to maintain adequate blood flow through their surgically repaired blood vessels than the majority of patients who carried either two copies of the “C” DNA variant or one of each.

The genetic study was sponsored by non-profit organization Vascular Cures, and by the National Institutes of Health. Vascular Cures invests in the development of treatments to prevent disability and death from vascular disease. The patients in the study were initially treated at three hospitals affiliated with Harvard Medical School, where researchers collaborated in the study. The study led by Conte and Clowes is part of a larger NIH-sponsored research effort aimed at identifying factors that regulate healing after bypass surgery.

“The results of this study, together with similar findings in a Dutch study of patients who underwent coronary stent angioplasty, strongly support the hypothesis that the formation of scar tissue in blood vessels is genetically regulated by the gene p27,” Conte said.

Clowes added that the newly identified biomarker, “may help us identify patients at increased risk of treatment failures, and accelerate drug development to prevent re-narrowing of vascular reconstructions.”

Conte cautions that more research needs to be done to demonstrate that p27 is directly involved in restenosis, to confirm the results of the current study, and to extend the findings to other procedures and racial/ethnic groups. Participants in the studied were 68 years old on average; 72 percent were male, and 87 percent were white.