A brilliant smile is worth a lot to many, but for the poor it is something often hard to attain or maintain.

Poor dental health is more common among the less well off in the United States, and not surprisingly, also more common in lesser-developed countries.

The UCSF School of Dentistry has made improving global oral health a priority, announced in its 2010 strategic plan. The school recently established the Global Oral Health program, whose members hosted an inaugural symposium on May 23, with leaders of major health initiatives from around the world participating.

“Inequalities experienced in earlier life can have a critical bearing on the health status of people throughout their lives,” noted speaker David Williams, PhD, BDS, MSc, FRCPath, with poor oral health even affecting employment opportunities. An academic leader in the UK, Williams recently served as president of the International Association for Dental Research (IADR), and during his tenure, established the Global Oral Health Inequities Research Agenda.

“Oral diseases are socially patterned,” Williams said, in a way that is “avoidable and unjust.” He highlighted data showing that even among developed countries, spending for dental care per person is widely variable. 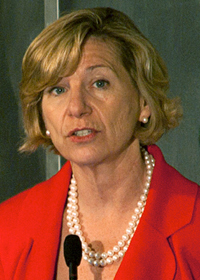 Maria Fidela de Lima Navarro, DDS, PhD, a leading Brazilian professor and current president of the IADR, talked about changes in Brazil that have led to health care advances. Shortly after the end of military dictatorship and a return to civilian government in Brazil in the mid 1980s, Navarro recounted, attendees at a national health conference – noting huge wealth disparities within Brazil – successfully began advocating for a united health system. The new system was established constitutionally in 1988 and funded with new taxes to create universal and equitable access to health services, including dental services.

Health community workers are responsible for visiting families in their neighborhoods and making referrals. Navarro noted significant progress in health care coverage and improvements in health outcomes. Infant mortality has decreased dramatically. The mostly low-income participants in the program have access to a dentist and dental hygienist.

During the afternoon symposium, UCSF School of Dentistry faculty member Stuart Gansky, DrPH, discussed what has been learned through the UCSF-led Center to Address Disparities in Children’s Oral Health (CANDO) research project. In Spanish-speaking immigrant communities, many families do not drink municipal water, which may not be fluoridated in any case. Gansky said researchers would explore the possibility of fluoridating salt, which has been successfully used to fight cavities in more than a dozen countries. 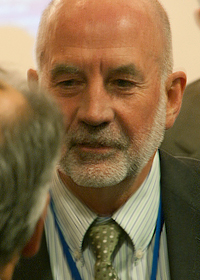 John Featherstone, PhD, MSc, dean of the School of Dentistry, discussed the Caries Management by Risk Assessment (CAMBRA) program, through which risk assessment measures and intervention strategies are being developed, evaluated and applied not only in the United States, but now also will go forward in less developed countries. The goal is ensure that any dental treatment is accompanied by measures to fight bacteria and prevent more dental decay.