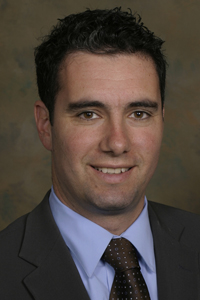 “It seems relatively clear,” said Ari Green, who is the assistant director of the UCSF Multiple Sclerosis Center, director of the UCSF Neurodiagnostics Center and the senior author on the study. “Low vitamin D levels are a risk factor for developing multiple sclerosis.”

Earlier work by the same UCSF team established that African Americans tend to become disabled faster with multiple sclerosis, more frequently having to rely on canes and wheel chairs.

“If we can understand why, we may be able to improve treatment for those patients,” said neurologist Bruce Cree, MD, PhD, another author of the paper and one of the primary investigators.

Vitamin D levels alone could not account for this apparent difference in severity, the study found.

“There are likely other factors that drive the severity of the disease including genes and other environmental factors such as smoking,” said Jeffrey Gelfand, MD, the first author on the study. Work is now underway to determine how genetic differences may affect the severity of multiple sclerosis.

Multiple sclerosis is a chronic disease in which a person’s immune system periodically attacks the myelin sheaths that insulate nerve fibers in the brain and spinal cord. Damage to the sheaths can short circuit signals traveling along the nerve fibers, disrupting the normal flow of communication from the brain and causing a range of symptoms – including weakness, sensory disturbance, fatigue, visual impairments and loss of coordination.

Researchers at the UCSF Multiple Sclerosis Center have been investigating for a number of years how genetics and environmental triggers, like low vitamin D levels, can make people susceptible to multiple sclerosis.

Vitamin D is produced in the body in response to direct exposure to sunlight, and anything that limits this exposure also limits the amount of vitamin D a person produces.

How exactly low vitamin D levels contribute to causing multiple sclerosis is not clear, according to Green. Vitamin D may play a protective role for nerve cells or it may modulate the action of immune cells, preventing them from attacking the myelin around nerves. Nor is it clear what this observation means in terms of treatment, but ongoing clinical trials at UCSF led by neurologist Ellen Mowry, MD, are investigating whether taking vitamin D supplements impacts the course of the disease.

Previous studies have shown a dramatic link between vitamin D levels and multiple sclerosis – but only in Caucasian populations. Caucasians who live in tropical or subtropical climates are less likely to be diagnosed with multiple sclerosis than those who live in temperate climates. The prevalence of the disease in North Dakota, for instance, is approximately twice that in Florida.

These same questions have been harder to assess in African American populations, however, because the prevalence of vitamin D deficiency is extremely high among all African Americans.

For the last 10 years, Cree and colleagues at UCSF have created a nationwide network of U.S. clinics that treat large numbers of African Americans with the disease. It includes roughly 6 percent of all African Americans who have multiple sclerosis and live in the United States.

The study was supported by the American Academy of Neurology Foundation/National Multiple Sclerosis Society Clinician-Scientist Development Award, the National Institutes of Health, the National Multiple Sclerosis Society and a University of California-San Francisco Resident Research grant. The work was completed in collaboration with Drs. Ralph Green and Josh Miller of the University of California, Davis Department of Pathology.