Alexander D. Johnson, PhD, and Shinya Yamanaka, MD, PhD, have been elected as members of the National Academy of Sciences (NAS) for their excellence in original scientific research. It is one of the highest honors bestowed on a scientist or engineer in the United States. 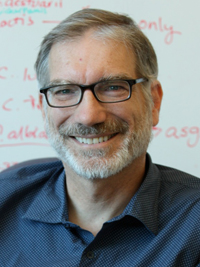 They join 70 other scientists who will be inducted in April, the academy announced today.

Johnson, professor and vice chair of the department of microbiology and immunology, has made key contributions to understanding how cells turn their genes on and off, how these mechanisms evolved, and how they contribute to the diversity of life. Additionally, he studies the mechanisms through which the human pathogen, Candida albicans, infects its host and causes disease. Johnson is co-author of the textbook “Molecular Biology of the Cell.”

“I am thrilled by this honor and delighted to acknowledge the UCSF graduate students and postdoctoral fellows who worked with me and made this research possible,” Johnson said.

Yamanaka, a senior investigator at the Gladstone Institute for Cardiovascular Disease and a UCSF professor of anatomy, was selected as one of 18 foreign associates from 15 countries recognized for distinguished and continuing achievements in original research. Foreign associates are nonvoting members of the academy without U.S. citizenship.

“The fact that only two such foreign-born, resident scientists are elected in any one year further makes Shinya’s election a singular honor indeed,” said R. Sanders Williams, MD, president at Gladstone, a leading and independent biomedical-research organization. “This is yet another validation of the outstanding quality of research produced by Gladstone investigators.”

In 2006, Yamanaka discovered a way to turn adult skin cells into cells that act like embryonic stem cells. The discovery has since altered the fields of cell biology and stem-cell research, offering new hope for the future of both personalized and regenerative medicine. 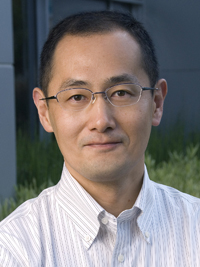 Embryonic stem cells – called “pluripotent” because they can develop into any type of cell in the human body – hold tremendous promise for regenerative medicine, in which damaged organs and tissues can be replaced or repaired. Many in the science community consider the use of stem cells key to the future treatment and eradication of a number of diseases, including heart disease, diabetes and Parkinson’s disease. But the use of embryonic stem cells is controversial, adding additional import to Yamanaka’s discovery of an alternate way to obtain human stem cells.

Yamanaka is the L.K.Whittier Foundation investigator in stem cell biology at Gladstone, and director of the Center for iPS Cell Research and Application at Kyoto University where he is also a professor at the Institute for Integrated Cell-Material Sciences.

For the full list of newly elected members, visit http://www.nasonline.org/site/PageServer

The National Academy of Sciences is a private, nonprofit honorific society of distinguished scholars engaged in scientific and engineering research, dedicated to furthering science and technology and to their use for the general welfare. Established in 1863, the NAS has served to “investigate, examine, experiment, and report upon any subject of science or art” whenever called up to do so by any department of the government.