Cultural pressure to bear male offspring leads some immigrant Indian women in the United States to use readily available reproductive technology in an effort to select sons or abort female fetuses, steps that are legal in this country but illegal in India, according to a University of California, San Francisco (UCSF) study. 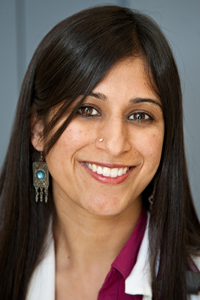 Researchers interviewed 65 immigrant Indian women in California, New Jersey and New York who pursued fetal sex selection between September 2004 and December 2009. This qualitative study found not only that 40 percent of the women terminated prior pregnancies when they found the fetus was female, but that, of the women who discovered they were pregnant with a girl during the interview period, 89 percent underwent an abortion. These results were consistent among all education levels; approximately half the women interviewed held jobs outside the home.

In addition, women who carried a female fetus to term said they were subject to varying degrees of verbal and physical abuse.

“Health care providers often are well-positioned to intervene or suggest options, but may be hesitant to approach issues perceived as ‘cultural’,” said lead author Sunita Puri, MD, MS, a medical resident in the UCSF Department of Internal Medicine.

“Reproductive technological advances are extremely valuable, but it is important to understand the varied impact they may have on women from different sociological backgrounds,” she said.

The study is available online in the journal Social Science and Medicine.

Cultural Pressures to Have Males

The researchers sought to understand how women exposed to cultural pressures to have male children react in an environment where reproductive choice is allowed and sex selection technologies are openly marketed and available.

The Indian government prohibits using ultrasound and sperm-sorting technologies explicitly for sex selection. In contrast, choosing an abortion for whatever reason, as well as selecting the sex of a child through various medical techniques, are legal in the United States. 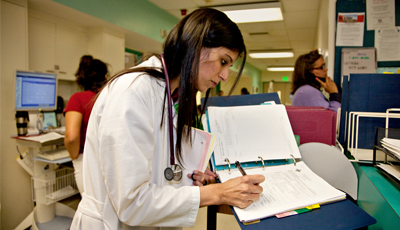 Of the participants, 10 women used sperm-sorting technology and four underwent in vitro fertilization with pre-implantation genetic diagnosis to determine the sex of their fetuses. Of the 51 women using ultrasound to identify the baby’s gender, 24 of their fetuses were male and 27 were female. All carried male offspring to term.  All but three of the women carrying a female fetus terminated their pregnancies.

Women identified female in-laws and husbands as sources of significant pressure to have male children. This was especially true when in-laws lived nearby, but also occurred if they remained in India.

“When my second child was also a girl, she [mother-in-law] did not want to hold her after the birth,” one woman commented. Another spoke of going for testing to find out if the baby she was carrying was male. “If not, I will have to get an abortion because he [husband] does not want another daughter,” she said.

The study participants immigrated after age 18 from the Indian states and territories of Punjab, Haryana, New Delhi, Gujarat, Andhra Pradesh and Tamil Nadu.

“While higher education is often thought to translate into enhanced female empowerment, our data suggest a distinction between financial and educational empowerment and empowerment within marital relationships,” said senior author Robert D. Nachtigall, MD, a clinical professor in the UCSF Department of Obstetrics, Gynecology, and Reproductive Sciences.

Puri conducted the interviews in English, Punjabi and Hindi.

“I was interested in employing an in-depth qualitative approach since there has been little research exploring immigrant Indian women’s narratives about the pressure they face to have sons, the process of deciding to use sex selection technologies, and the physical and emotional health implications of son preference and sex selection,” she said.