To identify asthma risks, scientists are focusing their DNA sequencers not just on the genes of stricken individuals, but also on genes than aren’t even human. They’re looking for life forms we can’t even see. Within us these organisms – bacteria, mostly – vastly outnumber the cells of our own bodies. Researchers are tracking down bacterial genes to find out what species have colonized us.

What does this have to do with asthma? Some scientists suspect that the presence or absence of certain strains of bacteria in the gut might make some people more susceptible to wheezing, shortness of breath, and the sometimes life-threatening consequences of asthma.

The idea is that we all start with a blank slate. In a newborn the immune system is immature and still developing. The gut and lungs are almost free of microbes. As infants come into contact with bacteria, bacterial species begin to colonize us. We end up with a gut ecosystem comprised of an estimated 1,000 species or more.

While more mundane causes such as exposure to air pollution are blamed by many, the “hygiene hypothesis,” suggests that the increase in asthma rates in developed countries might be due in part to a lack or early infections – too much cleanliness. According to this theory, a lack of exposure to common microbes, even to disease pathogens, might cause the immune system to develop in an unbalanced way – leading it to more easily set off harmful inflammatory responses such as asthma.

A few scientists have even interpreted research findings to suggest that bacteria may affect the likelihood of becoming obese, and obesity also has been associated with asthma in epidemiological studies. Mouse experiments demonstrate a relationship between gut microbiota and the accumulation of body fat. On the other hand, human studies of microbes and obesity have been less revealing. They point to associations between weight and gut populations of some bacterial species, but cannot be used to implicate microbes as a cause of obesity.

Animal research does indeed provide some evidence that the community of microbes that make themselves at home in the gut influences the development and activity of the immune system. 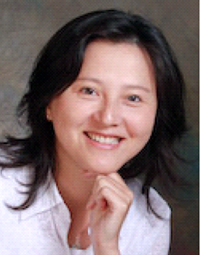 So-called “good” bacteria, including some commonly cultured in yogurt making, are being marketed as “probiotics.” Probiotics are live bacteria that offer health benefits. Use of probiotics has been gaining popularity among those afflicted by inflammatory bowel disease, diarrhea caused by infections or antibiotics, or recurrent urinary tract infections.

But scientists are interested in studying probiotics in children as well as in adults. The goal is to influence the development of a healthy immune system and to prevent hyperreactivity to harmless environmental allergens, such as occurs in asthma.

However, according to UCSF pediatric pulmonologist Ngoc Ly, MD, MPH, the jury is still out on probiotics for the prevention or treatment of allergic diseases, including asthma, hay fever and eczema. Her review of the scientific evidence appears in the May issue of the Journal of Allergy and Clinical immunology.

“We know based on at least some epidemiologic studies that a less diverse or altered gut flora is associated with allergic diseases, and that certain types of bacteria are associated with specific types of immune response that could influence these diseases ,” Ly says. However she adds, “The data at this point are not convincing enough for us to recommend probiotics – particularly for asthma or obesity."

The question definitely merits further study, according to Ngoc, but studies to date have been too small, to offer definitive answers.

Pediatrician and epidemiologist Michael Cabana, MD, MPH, hopes to learn more about the potential value of probiotics with an ongoing study called the Trial of Infant Probiotic Supplementation to Prevent Asthma, or TIPS. Cabana is finishing up recruiting expectant mothers or those who have just delivered. The goal is to determine whether the bacterial strain Lactobacillus GG can prevent or delay early signs of asthma, such as wheezing, frequent runny nose, and eczema. Each baby in the study has either a mother or father with asthma. 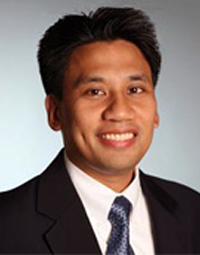 Bacterial Ecosystems Differ Among Us

Different people have different mixtures of bacterial species dwelling within them. In fact, researchers from the European Molecular Biology Laboratory in Heidelberg, Germany studied the bacterial populations of research subjects from Europe, Japan and the United States and found that they grouped into three broadly defined microbial ecosystems, or microbiomes.

“Mode of delivery, what you’re fed, when you’re fed and early use of antibiotics all affect gut microbiota,” Ly says.

For instance, the newborn passing through the birth canal is exposed to vaginal microbes from the mother, and generally winds up harboring the same communities of microbes, Ly says. By contrast newborns born via cesarean section tend to end up with more gut colonization by Klebsiella and Clostridium species, and less by Escherichia coli and by Bacteroides and Bifidobacterium species.

Mode of delivery might affect asthma risk in turn. Being delivered via cesarean section has been associated with allergies, asthma and hay fever, Ly notes, and mouse studies show innate differences in immune system responses between mice born vaginally or by cesarean section.

However, Ly says, predicting gut microbiomes by analyzing environmental exposures is a tall order. “It’s not a simple situation in which you can predict the bacteria that will be present from what the infant is exposed to,” she says.

And because microbiomes differ from person to person, Ly says, when it comes to probiotics, “We may not be able to give everybody the same thing and expect to get the same results.”

In the future it may be possible to better define the individual microbiomes of research subjects to get a better handle on how to tailor probiotic treatments. In the past techniques for surveying bacteria involved growing them in cultures, which results in many species going undetected, Ly says. Today’s advanced DNA sequencing techniques allow scientists to better define gut flora.

“Given the complexity of the gut microbiota, additional research is needed before we can confidently establish whether its manipulation in early life can prevent or treat asthma, obesity, or both,” Ly concludes.

It seems more obvious to look to the lungs rather than the gut when searching for culprits in a disease manifested by shortness of breath. But until recently, it had been thought that the lungs were more or less free of bacteria in the absence of acute infection.

However, in a recent study led by asthma specialist Homer Boushey, MD, principal investigator for UCSF’s National Institutes of Health-supported Asthma Clinical Research Network Center, scientists did indeed find bacteria in the lungs, and in greater numbers in the lungs of asthmatics. The researchers used DNA tests capable of identifying 8,500 distinct groups of bacteria in a single assay.

In fact, bacteria seem to be everywhere on and within us. With the aim of finding out more about how our resident microbes interact with us to affect health, the NIH in 2008 launched the Human Microbiome Project. Using advanced DNA-sequencing techniques, researchers are collecting and analyzing samples from the digestive tract, the mouth, the skin, the nose and the vagina. The $157 million, five-year project already has led to the sequencing of 178 microbial genomes and aims to sequence 1,000 or so.