Scientists at the University of California, San Francisco (UCSF) have pinpointed a reason older adults have a harder time multitasking than younger adults: they have more difficulty switching between tasks at the level of brain networks.

Researchers know that multitasking negatively affects short-term, or “working,” memory in both young and older adults. Working memory is the capacity to hold and manipulate information in the mind for a period of time. It is the basis of all mental operations, from learning a friend’s telephone number, and then entering it into a smart phone, to following the train of a conversation, to conducting complex tasks such as reasoning, comprehension and learning. 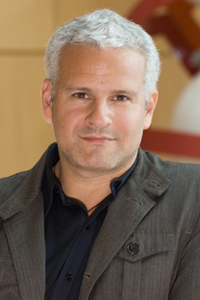 However, anecdotal accounts of “senior moments” – such as forgetting what one wanted to retrieve from the refrigerator after leaving the couch – combined with scientific studies conducted at UCSF and elsewhere indicate that the impact is greater in older people.

The current study offers insights into what is occurring in the brain in older adults. “Our findings suggest that the negative impact of multitasking on working memory is not necessarily a memory problem, per se, but the result of an interaction between attention and memory,” said the senior author of the study, Adam Gazzaley, MD, PhD, UCSF associate professor of neurology, physiology and psychiatry and director of the UCSF Neuroscience Imaging Center.

The finding, reported in the online early edition of Proceedings of the National Academy of Sciences (week of April 11, 2011), complements findings by the Gazzaley lab focused not on interruptions, or multitasking, but on distractions. This research showed that the brain’s capacity to ignore distractions, or irrelevant information, diminishes with age and that this, too, impacts working memory.

“These results indicate that deficits in switching between functional brain networks underlie the impact of multitasking on working memory in older adults,” said lead author Wesley C. Clapp, PhD, a postdoctoral fellow in the Gazzaley lab.

The lab’s parallel research on the impact of distractions on working memory broadens the perspective of what happens in the aging brain. The ability to ignore irrelevant information – such as most of the faces in a crowded room when looking for a long-lost friend – and to enhance pertinent information such as the face of a new acquaintance met during the search for the old friend – is key to memory formation.

“The impact of distractions and interruptions reveals the fragility of working memory,” said Gazzaley, who also is a member of the W. M. Keck Center for Integrative Neuroscience at UCSF.  “This is an important fact to consider, given that we increasingly live in a more demanding, high-interference environment, with a dramatic increase in the accessibility and variety of electronic media and the devices that deliver them, many of which are portable.”

In addition to the research studies, Gazzaley’s team is exploring the potential of software brain-training programs to help older people improve their ability to mentally process tasks simultaneously. “The ability to dynamically update working memory is critical to cognitive function,” he said.

The study was funded by the National Institutes of Health, the American Federation of Aging Research and a University of California Presidential Postdoctoral fellowship to Clapp.

The other co-authors were Michael T. Rubens and Jasdeep Sabharwal of the Gazzaley lab.