Adults with post-traumatic stress disorder and a history of childhood trauma had significantly shorter telomere length than those with PTSD but without childhood trauma, in a study by researchers at the San Francisco VA Medical Center and the University of California, San Francisco.

Telomeres are DNA-protein complexes that cap the ends of chromosomes and protect them from damage and mutations. Short telomere length is associated with an increased risk of cancer, cardiovascular disease, and autoimmune and neurodegenerative diseases, as well as early death. 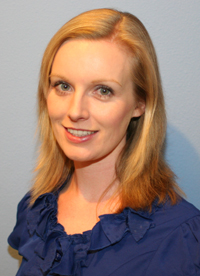 For the study, published in the online Articles in Press section of Biological Psychiatry, the authors collected DNA samples from 43 adults with PTSD and 47 matched participants without PTSD. Initial analysis showed that on average, the subjects with PTSD had shorter telomere length than those without.

“This was striking to us, because the subjects were relatively young, with an average age of 30, and in good physical health,” said lead author Aoife O’Donovan, PhD, a researcher in psychiatry at SFVAMC and UCSF. “Telomere length was significantly shorter than we might expect in such a group.”

In contrast, subjects with PTSD but without childhood trauma had telomere length equal to those of the matched healthy subjects.

The results are intriguing for a number of reasons, observed principal investigator Thomas Neylan, MD, director of the PTSD program at SFVAMC and a professor in residence of psychiatry at UCSF. “For one thing, this gives us a potential mechanism for why people with PTSD tend to have a greater disease burden and more problems with aging,” said Neylan. “It might be because of their telomere biology.”

In addition, he speculated, “we might be seeing the cumulative effect of PTSD on telomere length – in other words, the subjects with shorter telomere length may have PTSD dating from their childhood traumas, in addition to PTSD acquired in adulthood.”

According to O’Donovan, however, the major drawback of the study was that, because the subjects without PTSD did not in general have high levels of exposure to childhood traumas, the authors were “unable to tease apart the relative contributions of childhood trauma and adult PTSD to shorter telomere length.” 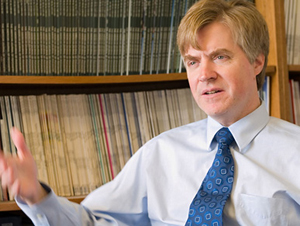 “A major question is whether we can actually have an effect on telomere biology by treating PTSD,” said Neylan. “If we successfully treat PTSD, can we slow the rate of telomere shortening, and thereby decrease or at least postpone the risk for some diseases of aging?”

Co-authors of the paper are Elissa Epel, PhD, Jue Lin, PhD, and Owen Wolkowitz, MD, of UCSF; Beth Cohen, MD, and Shira Maguen, PhD, of SFVAMC and UCSF; Thomas Metzler, MS, and Maryann Lenoci, MA, of the Northern California Institute for Research and Education; and Elizabeth Blackburn, PhD, Morris Hertztein Professor of Biology and Physiology at UCSF, who received the 2009 Nobel Prize in Physiology or Medicine for co-discovering telomerase, the enzyme that replenishes the telomere, and for her studies on telomeres themselves.

The study was supported by funds from a Society in Science: Branco Weiss Fellowship, the National Institute for Mental Health, the Bernard and Barbro Foundation, the O’Shaugnessy Foundation, the Department of Veterans Affairs Sierra Pacific Mental Illness Research & Education Clinical Center, UCSF, and the National Institutes of Health. Some of the funds were administered by NCIRE.