Certain cases of major depression are associated with premature aging of immune cells, which may make people more susceptible to other serious illness, according to findings from a new UCSF-led study.

The findings indicate that accelerated cell aging does not occur in all depressed individuals, but is dependent upon how long someone is depressed, particularly if that depression goes untreated. The study was published online in March 2011 by the journal PLoS One and is available here. 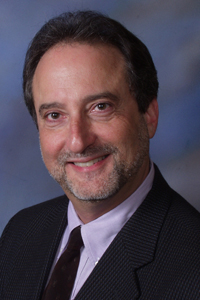 “There’s a lot more to depression than feeling blue,” said first author Owen Wolkowitz, MD, a professor of psychiatry at UCSF. “As if feeling depressed is not bad enough, we are finding that long-term depression may be associated with damage to cells in the body, and this may predispose patients to certain physical diseases.”

Previously considered a mental illness affecting only the brain, major depressive disorder, or MDD, now is believed to be tied to significant physical damage outside the brain, explained Wolkowitz. For example, depressed individuals are more likely to develop the diseases of advanced age, including diabetes, heart disease, osteoporosis, stroke and dementia.

In probing the links between depression and physical disease, the research team explored aging of the immune system as measured by the shortening of telomeres in immune cells taken from the blood.

Telomeres are tiny units of DNA-protein complexes that seal off and protect the ends of chromosomes and act as a biological clock controlling a cell’s life. Telomere shortening predicts earlier onset of several major age-related diseases and earlier mortality, and may serve as one index of human longevity.

The researchers compared the length of telomeres in 18 individuals with MDD not currently receiving antidepressant medications to the length of telomeres in 17 healthy controls. Overall, telomeres of the depressed group did not differ from those of the healthy group; however, individuals with nine or more years of untreated chronic depression showed significant telomere shortening, even after accounting for chronological age. The degree of shortening in this subset of the depressed group corresponded to about seven years of “accelerated cell aging.”

Telomere shortening also was associated with higher levels of inflammation and oxidative stress in patients, both linked to cell damage and premature aging. Oxidative stress is an imbalance between destructive “free radical” molecules and the body's ability to neutralize them with antioxidants. The authors suggest that telomere shortening in very chronic depression may reflect an individual’s cumulative exposure to biochemical stressors that promote cell death and increase the likelihood of physical disease.

“While this finding itself might seem depressing, there is yet good news: many lifestyle factors like exercise and aspects of diet have been linked to longer telomeres,” said co-author Elissa Epel, PhD, an associate professor in the UCSF Department of Psychiatry. “So while our personal history matters, it is possible that what we do today may matter even more, in terms of protecting our telomeres.”

Epel and co-author Elizabeth Blackburn, PhD, UCSF professor of biochemistry and biophysics, pioneered research on the impact of psychological stress on several biological markers of cell aging. Blackburn shared the 2009 Nobel Prize in Physiology or Medicine for her telomere research and co-discovery of the cellular enzyme telomerase. Telomerase helps repair and restore telomeres, protecting cells from damage related to premature aging.

In related work, the research team recently reported in the journal Molecular Psychiatry, available here, that individuals with MDD show increased activity of the telomerase enzyme. Depressed individuals with the lowest telomerase activity before antidepressant treatment, and those with the greatest increase in activity during treatment, showed the strongest antidepressant responses. These findings suggest that the seemingly paradoxical increase of telomerase in untreated depressed individuals indicates their bodies are attempting to compensate for the damage to their telomeres. Increases during treatment, on the other hand, may represent true improvement in depression.

“We speculate that telomerase may provide a biological marker for antidepressant responses,” Wolkowitz said. “Once we better understand these systems, we will be in a stronger position to treat depression and possibly prevent some of its associated physical illnesses.”

As a next step, UCSF researchers plan to replicate these preliminary findings in a larger sample of depressed individuals in order to explain why certain people develop shortened telomeres and physical disease, and how that process can be combated. Depressed individuals not taking antidepressants are currently being enrolled for this ongoing study, and interested participants may inquire at (415) 476-7254 or [email protected].

The studies were funded by the National Institute of Mental Health, the O’Shaughnessy Foundation, the Bernard and Barbro Osher Foundation, and UCSF. Additionally, Blackburn, Epel and Lin are co-founders of a new company called Telome Health, Inc., which is developing applications of telomere biology to identify disease risk and to improve wellness.