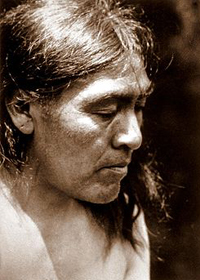 Some of California’s past glories live on in historical memory – Grizzly bears, for instance, and the Native American civilizations that ruled for millennia before the arrival of white explorers and settlers.

The Library of Congress raised the profile of one such nugget of California history Tuesday, adding songs and stories in the unusual, long-extinct language of the Yahi. The recordings were saved for posterity a century ago when a lone Yahi named Ishi shared the songs and stories with University of California anthropologists at the campus that is now known as Parnassus Heights at UCSF.

Ishi, the last known speaker of the Yahi language, is immortalized in nearly six hours of recordings on 148 wax cylinders made between 1911 and 1914 by UC anthropologists Alfred Kroeber and Thomas Waterman. The Yahi language was unusual in that different dialects were used, depending on whether one was speaking to a man or a woman.

During those years Ishi lived on the Parnassus campus, where the University of California Museum of Anthropology was located.  In 1931, the museum relocated to UC Berkeley, where the recordings remain.

The Yahi were estimated to number several hundred in the Northern California foothills during Gold Rush days. After their initial encounters with white civilization, their numbers dwindled over the next few decades. They fell victim to diseases and massacres. Among the survivors, fewer than two-dozen went into hiding in 1870. Waterman went looking for independently living survivors, unsuccessfully, in 1910.

But in 1911, Ishi, apparently starving, walked into the town of Oroville, was arrested by the local sheriff, and later turned over to UC anthropologists. He was taken to the Parnassus campus where he lived until the end of his life. He was thought to be the last member of his tribe to have been living completely apart from white civilization. Ishi taught Kroeber and Waterman about Yahi culture, and attracted interest from the general public. 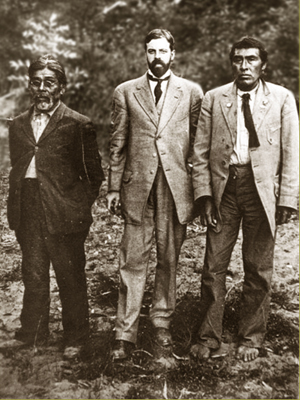 “The records of the time reveal much mutual respect on the part of Ishi and his scientist-observers,” according to Nancy Rockafellar, PhD, a UCSF historian and professor of anthropology, now emeritus. “Each weekend, hundreds of visitors flocked to Parnassus to watch Ishi demonstrate arrow-making and other aspects of his tribal culture.”

Like many Native Americans exposed to whites, Ishi developed a serious case of tuberculosis. In that era there were no antibiotics. In 1916, despite attentive care by UC physicians, it became clear that Ishi was going to die as result of the disease.

What happened next led to a mystery several decades later. Kroeber, the head of the anthropology department, was away in New York, but sent a strongly worded letter to a departmental colleague: "I must ask you as my personal representative on the spot in this matter, to yield nothing at all under any circumstances. If there is any talk about the interests of science, say for me that science can go to hell. We propose to stand by our friends.”

However, the letter was not received until after an autopsy was performed, and Ishi’s brain was removed. The rest of his body was cremated, and a private cemetery chosen as the “final” resting place. Autopsies were routine at the time – but removal of the brain of the deceased certainly was not.

Despite his earlier expressed reservations, months later Kroeber offered the brain to the Smithsonian Institution, which accepted. After it arrived it was put into storage and forgotten. When Native American groups moved to repatriate Ishi’s remains in the 1990s, it was discovered that the brain was missing. A 1997 article in the Los Angeles Times raised the possibility that Ishi’s brain was still at UCSF, setting off a search by Rockafellar and others.

In 1999, Rockafellar and Duke University anthropologist Orin Starn, PhD, finally located Ishi’s brain. It was in a Smithsonian warehouse, preserved in formaldehyde. In 2000, the brain finally was returned with the cremated remains to the Shasta County descendants of a subgroup of the Yahi tribe, known as the Yana. 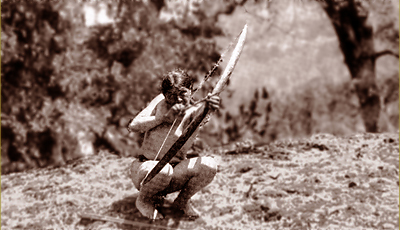 A report prepared by Rockafellar at the time the brain’s discovery was announced noted that, “The lesson here is not merely an indictment of anthropologists and physicians of the past, but a harsh reminder of the destructive power of hubris. All participants in academic life must recall the historical context of individuals like Pope [another UC anthropologist], Kroeber, and Waterman – and remember that the source of their conviction that they were ‘doing the right thing’ was the scientific certainty of the day.

“We, in turn, must recognize that a sense of moral discomfort is perhaps a better indicator for action than scientific curiosity.”

A Diverse Collection of Recordings

Among the 25 new additions to the National Archive announced by the nation's top librarian, James H. Billington, the Ishi recordings of an extinct Native American language stand out. Also included are pop songs of yesteryear, such as “Stand By Your Man” by Tammy Wynette and “Let’s Stay Together” by Al Green.

Other recordings added this year range widely, from songs of humpback whales, to 1950s stand-up comedy by Mort Sahl, to a 1927 recording of "Dark Was the Night, Cold Was the Ground" by bluesman and preacher Blind Willie Johnson, to “Talking Union,” a 1941 labor-movement anthem.

Later this year, the Library of Congress expects to release a “comprehensive national plan for recorded sound preservation.”