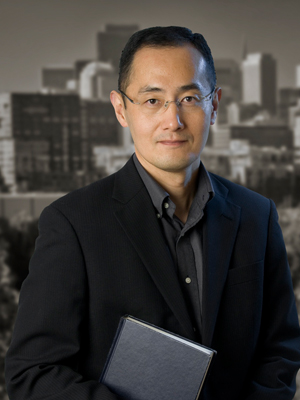 A senior investigator in stem cell biology at the UCSF-affiliated Gladstone Institute of Cardiovascular Diseases (GICD), Yamanaka has appointments at the University of California, San Francisco (UCSF) and Kyoto University.

Yamanaka is being recognized for his revolutionary work to reprogram human skin cells into embryonic-like stem cells, which are pluripotent, meaning that they have the ability to develop into any kind of cell.

The Yamanaka method eliminates the need to obtain stem cells from human embryos and advances research ultimately aimed at developing therapies to helppatients who live with chronic or life-threatening disease.

Yamanaka was among the hundreds of faculty, staff and officials to participate in the Feb. 9 opening celebration of the Ray and Dagmar Dolby Regeneration Medicine Building at the UCSF Parnassus campus. The building is the headquarters for the Eli and Edythe Broad Center of Regeneration Medicine and Stem Cell Research at UCSF, one of the largest and most comprehensive programs of its kind in the United States.Yamanaka presented an update on his research as the keynote speaker at the symposium on Feb. 9.

The two prizes are the latest in a string of recent honors for Yamanaka, who won the Albert Lasker Basic Medical Research Award in 2009 and the Shaw Prize in 2008. He was received the Kyoto Prize for Advanced Technology and the March of Dimes Prize in Developmental Biology for his pioneering stem cell work in 2010.

Deepak Srivastava, MD, director of the GlCD, a UCSF professor of pediatrics, biochemistry and biophysics, and the Wilma and Adeline Pirag Distinguished Professor in Pediatric Developmental Cardiology, says the significance of Yamanaka’s work extends beyond stem cell science.

“I think it has changed the way many scientists – even outside the stem cell field – view the fundamental aspects of cellular biology,” Srivastava said. “We now know that cells can move back and forth between different states — from being a skin cell, to a heart cell to a stem cell — and that’s different from how we thought the body worked.”

The King Faisal Foundation named Yamanaka on Jan. 17 as co-winner of the 2011 King Faisal International Prize for Medicine. He will share the award with James Thomson of the University of Wisconsin-Madison, who discovered stem cells.

The Faisal Prize embodies the foundation’s belief that “the highest aspirations of mankind are realized through the collective efforts of outstanding individuals.”

Enjoying the Feb. 9 grand opening celebration of the Ray and Dagmar Dolby Regeneration Medicine Building, are from left, Deepak Srivastava, director of the UCSF-affiliated Gladstone Institute of Cardiovascular Diseases (GICD); Robert Klein, Arnold Kreigstein, director of the Eli and Edythe Broad Center of Regeneration Medicine and Stem Cell Research; chair of the Governing Board at the California Institute for Regenerative Medicine; Sam Hawgood, dean of the UCSF School of Medicine; Shinya Yamanaka and Benoit Bruneau, both researchers at the GICD.

Recipients of the Faisal Prize are selected by a group of distinguished international scholars. The prize will be presented at a ceremony in March in Riyadh and includes a gold medal, uniquely cast for each prize and a cash award. Over the past 33 years, 57 scholars from 11 different countries have won the King Faisal International Prize for Medicine.

The BBVA Foundation awards recognize and encourage world-class research and artistic creation, prizing contributions of lasting impact for their originality, theoretical significance and ability to push back the frontiers of the known world. The awardees will divide a cash prize of more than $3 million euros. The award will be presented in a ceremony in Madrid, Spain, on June 15, 2011.