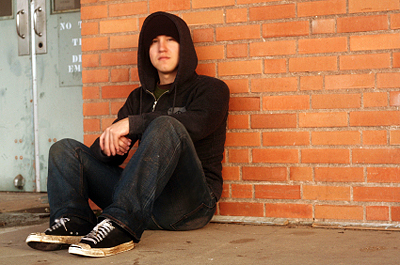 Media accounts have been full of anecdotes about 22-year-old college dropout Jared Loughner, who now faces charges stemming from a horrific shooting with a semiautomatic weapon during a political rally in Tucson, Arizona, on Jan. 8.

Six people died and 14 more were injured – including US Representative Gabrielle Giffords, who is now being treated at Memorial Hermann-Texas Medical Center in Houston.

Many who are learning about Loughner wonder why he never received an evaluation through the mental health care system for disruptive, paranoid behavior that seemed disconnected from reality and that had gone on for many months before the shooting.

Not knowing what to do, blaming drugs, feeling a sense of stigma and encountering barriers to access often play a role in keeping such individuals from getting mental health care services, according to UCSF psychiatrists who treat people diagnosed with schizophrenia and who interact with police and the legal system.

Unfortunately, a delay in diagnosis may decrease the likelihood of a complete remission when the patient finally begins treatment. And in rare cases, a failure to diagnose and treat can lead to violent outcomes.

While many people across the country may have difficulty finding or affording mental health services, Demian Rose, MD, PhD, an attending physician and director of the UCSF Early Psychosis Clinic, notes that even Medi-Cal patients have access to good care in San Francisco.

Begun in 2006, San Francisco Prevention and Recovery in Early Psychosis (PREP) is an early intervention treatment program for schizophrenia and early psychosis. PREP is a community partnership between UCSF, Family Service Agency of San Francisco, the Mental Health Association of San Francisco and Child Crisis Community Behavioral Health Services in the San Francisco Department of Public Health, among others.

The program is funded with a California state income tax on the wealthy, the result of the passage in 2004 of Proposition 63, a bond measure that funds state mental health services.

“We wanted to have a system with the goal of early intervention, screening and treatment,” Rose says. “A lot of people with psychotic symptoms will get better, and for participants, the PREP program can maximize the likelihood of a successful outcome.”

Schizophrenia More Often Associated with Being a Victim

“Compared to mental illness, substance use was a better predictor of violence in the study, and it is an independent risk factor for violence,” Nau says.

At the UCSF Early Psychosis Clinic, Rose sees patients recently diagnosed with schizophrenia. He notes that schizophrenia is a heterogeneous disorder. It includes not only those with paranoia or who hear voices, but also those who have severe cognitive deficits and major problems with depression and anxiety.

“In my opinion, people with schizophrenia are more likely to be the victims of crime than the perpetrators,” he says.

Psychotic Behavior May Pose a Danger to Self or Others

In California, police and psychiatrists can place individuals believed to pose a risk to themselves or others on an involuntary hold, initially for up to three days. Omri Berger, MD, another fellow in the UCSF Psychiatry and the Law Program, works in a psychiatric emergency room at a local county hospital.

“If a psychiatrist or other mental health professional is concerned that somebody is posing a threat to himself or to others, they can contact the police to perform a welfare check,” Berger says.

“Although the police are not mental health professionals, they will do a basic assessment,” he says. “On a regular basis, the police bring in people to the psychiatric emergency room because somebody called that was concerned about the person. I think they set the bar appropriately for who they bring in – it’s not too high.

“Courts recognize that psychiatrists have a duty to protect. Physicians can hospitalize patients for further evaluation and treatment, and warn potential victims and law enforcement officials if they believe there is a credible threat.”

It often falls to family members and friends who are most familiar with the situation to notify the police, Berger says – something they may be very reluctant to do. In addition, he says, “Sometimes being taken in involuntarily makes a person more reluctant to seek out mental health care in the future.”

Involuntary hospitalization does not mean a person can receive involuntary medication without a court order, in the absence of an emergency, Berger says.

Individuals with schizophrenia may not recognize that they are slipping free from the tethers of reality, or may be afraid or reluctant to face their situation. “The stigma of even admitting to having this problem is huge,” Nau says.

Rose adds, “In our society, I think you can talk about feeling sad or anxious without somebody distorting it or saying that you’re a hopeless depressive or ‘crazy.’ But I think there is no good way in our society to say, ‘You know, I found myself really afraid that I was being followed,’ or ‘I keep hearing things at night, and I don’t know what they are.’

“People make the assumption that if I use the word ‘psychosis,’ it means that a person is fundamentally different from a non-psychotic person. But if you understand sensory perception and how we form and test beliefs, then psychosis is more like depression or an anxiety disorder in that it can be viewed as being toward the extreme end of a continuum of experience.

“Psychosis represents a series of phenomena that are common, but rarely persistent or impairing. A large percentage of teenagers – perhaps 5 percent to 10 percent – have had frequent paranoia or sensory misperceptions. Similar to intense sadness or anxiety, such experiences tend to be transient, lasting perhaps months. The great majority do not have a worsening of those symptoms. But in a small percentage of people, symptoms do worsen.”

The signs are different for everyone. Symptoms may develop slowly over months or years, or may appear very abruptly. The disease may come and go in cycles of relapse and remission.

If any young adult experiences several of the following symptoms for more than two weeks, seek help immediately:

Stigma can lead to denial and prevent parents from getting help for their troubled teens. Even psychiatrists may be affected by the stigma surrounding schizophrenia, according to Rose.

“I think if clinicians just asked the diagnostic survey questions and paid attention to the answers, most would get the correct diagnosis,” Rose says. “But too many of them are picturing in their minds an archetype of what a psychotic person is supposed to be like. They might be trying to sense whether they can bond with the person or if the person seems ‘weird,’ which can result in bias.”

A clinician also may be biased against labeling somebody a “psychotic person,” Rose says. “In a well-meaning way, a psychiatrist may be concerned about overdiagnosing someone, or scaring them, or giving them medication they might not really need that has side effects,” he adds.

The involvement of parents, or lack of it, can play a big role in whether a child gets into treatment and sustains it. The child may not recognize the problem or may resist help.

But, as Nau says, “Once a child is 18, as a parent you cannot make the child seek help.”

Rose says the UCSF Early Psychosis Clinic tries to include parents in consultations. “Even with a child who is age 22 or 23, parents still tend to be involved if the child is having functional decline,” he says. “The child often is out of school without a job and still stays with the parents or moves back in with them.”

However, Rose says, many adult mental health clinics and hospitals make no effort to involve parents, who can end up feeling poorly informed and excluded from the treatment and management of the illness.

Rose stresses that it’s important to work around the stigma to keep patients and their families engaged. “If you use the word ‘psychosis’ simplistically, you can lose them,” he says. “It can sound like you’re saying that a person with a psychosis is a fundamentally different kind of person, and that you don’t like that.

“Almost always, you can find something that is bothering the person, whether it’s that they can’t tolerate going to class, they feel like they don’t have any friends or they are afraid all the time. It’s important to involve the family and ask what they think the problem is.”

“An individual will tend to have psychotic symptoms for a year or two before they are ever formally diagnosed by a clinician,” Rose says. The average age at diagnosis is between 18 and 22 for men, and slightly older for women.

Symptoms tend to emerge gradually. It’s often not the sort of problem in which one can name the exact day that it began, Rose says. It’s as if someone’s mind goes slowly astray in completing the transition from childhood to adulthood. “Looking forward, the symptoms tend to be developmental and have antecedents that are nonspecific,” Rose says. “But looking back on it later, one notes obvious symptoms.”

There almost always is some cognitive decline preceding the diagnosis, Rose says. “What people may notice early on is that the person is becoming socially isolated, or is no longer able to feel motivated or expressive, or is failing out of school for no specific reason,” he says.

“Parents, friends, teachers or the person affected often know there is a problem, but nothing has been done for a while, and these are actually very crucial months or years when someone first experiences a functional decline,” Rose adds.

There also is confusion among parents about the ability of drugs to produce psychotic symptoms, Rose says. “We know that if you take too much methamphetamine or smoke too much marijuana or do too much cocaine, it can make you paranoid. Drugs can alter brain chemistry and anatomy. But if psychotic symptoms are worsening, especially in the context of social or school decline, then they should be investigated, even if drugs were the initial trigger or are exacerbating the problem,” he explains.

“Parents tend to think that if their child would just stop taking drugs, then he wouldn’t have these symptoms, which is often not the case,” Rose says. The result of that all-too-often erroneous belief can be a costly delay in treatment.

Most people diagnosed with schizophrenia will begin to process stimuli more accurately with drug treatment, Rose says. “We know that if you have schizophrenia and you get medication earlier rather than later, then you do better – even years later.”

Some research concludes that among people who begin treatment within a year or two of a schizophrenia diagnosis, about one-third to one-half have no symptoms or only rarely have symptoms one year after starting treatment.

Not only relief from symptoms, but also an increase in social interactions and staying in school or finding and keeping a job should be goals of treatment as well, Rose says.

Cognitive behavioral therapy, commonly used to treat other disorders, is often an effective augmentation to medication for treating schizophrenia as well, according to Rose. However, few therapists are trained to use it, he says. In fact, many therapists do not treat schizophrenia at all.