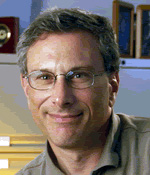 Parkinson’s disease discoveries by Robert Nussbaum, MD, a leading human geneticist and neuroscientist at UCSF, have led to his being named the recipient of the 2011 Klaus Joachim Zülch Neuroscience Prize by the Gertrud Reemtsma Foundation in Germany. Nussbaum joins two other prominent UCSF neuroscientists who have received the award. Nobel laureate Stanley Prusiner, MD, won the prize in 1997 for research on disease-causing proteins called prions. David Julius, PhD, won the prize for studies of signaling pathways in the nervous systems responsible for the sensation of pain due to heat and cold in 2006. Parkinson’s affects at least 500,000 people in the United State, according to the National Institute of Neurological Disorders and Stroke. It is the second most commonly occurring neurodegenerative disorder after Alzheimer’s disease. Nussbaum and colleagues determined that a mutant form of a protein called alpha synuclein can cause a rare, inherited form of Parkinson’s. Soon afterward, the same protein was found to accumulate abnormally in the brains of patients with the common, sporadically occurring form of the disease. Nussbaum’s studies have led to a realization that the neurological symptoms of tremor and rigidity seen in Parkinson’s are late–stage impacts of a disease that affects not only the brain, but also the nervous system throughout the body. Parkinson’s may begin decades before the most familiar neurological symptoms become evident, Nussbaum and others have discovered. The drug L-dopa, used to treat rigidity and tremor due to the loss of dopamine-producing nerve cells in a part of the brain called the substantia nigra, does not alleviate other symptoms. Based on what he has learned about genes and proteins that play a role in Parkinson’s, Nussbaum has genetically engineered a strain of mice that mimic the protein abnormalities and the earliest symptoms seen in humans, including constipation. Nussbaum intends to use these mice -- which are at high risk of developing Parkinson’s -- to identify factors such as gut microbes or environmental chemicals that may help trigger the disease in genetically predisposed individuals. The mice can also serve as an early proving ground for new drugs that aim to reverse neurological dysfunction at the earliest stages of Parkinson’s. The Zülch Prize has been awarded for outstanding achievements in basic neurological research every year since 1990. The prize is endowed with 50,000 Euro. Nussbaum will be presented with the award in Cologne, Germany in September.