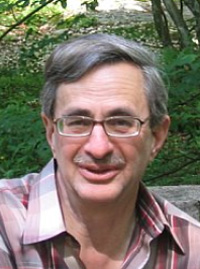 Paul Ortiz de Montellano, PhD, a professor in the Department of Pharmaceutical Chemistry, has been appointed as associate dean of research in the UCSF School of Pharmacy.

“I’m thrilled that Paul accepted this appointment,” said Mary Anne Koda-Kimble, PharmD, dean of the UCSF School of Pharmacy. “It’s one of a senior science advisor to me and my leadership group, and it’s key to furthering our success.”

“Paul has a record of international accomplishment, a proven commitment to collaboration, the respect of peers, the ability to explain science clearly and passionately, and the ability to see the big picture…all criteria for the job,” she added.

The associate dean of research is one of the pharmacy school dean’s key advisors on campus, national and international science opportunities issues and trends. The position sits on the dean’s Leadership Group along with the school’s three departments chairs, the associate dean and the associate deans for communications and planning, finance and administration, and academic affairs.

Ortiz de Montellano is recognized for his extensive work on the generation, properties, and consequences of biological free radicals and has developed a growing presence in the area of tuberculosis drug resistance mechanisms and the design of anti-tuberculosis agents.

He is also widely regarded as a leader in research on the cytochromes P450, the peroxidases, the heme oxygenases, the nitric oxide synthases, and other hemoproteins, and his book “Cytochrome P450: Structure, Mechanism, and Biochemistry,” is recognized as the seminal text in this field.

Ortiz de Montellano’s work on cytochrome P450 mechanism and inhibition led in 1994 to his being awarded the B.B. Brodie Award in Drug Metabolism of the American Society of Pharmacology and Experimental Therapeutics and in 2007 the Research Achievement Award of the International Society for Zenobiotics, the highest national and international awards, respectively, in this discipline.

“This is an opportunity for me to bring the experience I’ve had here with 20th century science to the 21st century science being developed in the school – science that is invigorated by our young faculty members,” said Ortiz de Montellano, who has been part of the UCSF faculty since 1971.  “And it’s an opportunity, working with the dean and the leadership group, to help guide the school’s bright future as we move forward, and as we consider new priorities.”