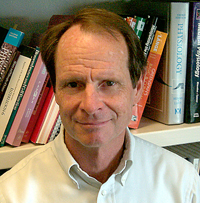 A diet supplemented with powdered dried plum restored bone lost by mice during the course of normal aging, in a study led by a researcher at the San Francisco VA Medical Center.

A diet supplemented with powdered dried plum restored bone lost by mice during the course of normal aging, in a study led by a researcher at the San Francisco VA Medical Center.

“This may be the first natural product we have identified that is capable of restoring bone that’s been lost due to aging,” says principal investigator Bernard P. Halloran, PhD, a senior research scientist at SFVAMC and an adjunct professor of medicine at the University of California, San Francisco.

“As we age, we all lose bone, and over half of all people age 50 and older develop osteoporosis, a disease where the bone becomes weak and easily fractures,” explains Halloran. “Many will suffer painful hip and spine fractures. Current medications, for the most part, can only slow the rate of bone loss. We do not have an easy-to-use drug today that can put back bone that’s been already lost.”

Halloran’s study, which appears online in The Journal of Nutrition, was inspired by previous animal studies indicating that powdered dried plum might be effective in preventing post-menopausal osteoporosis.

The researchers, including senior author Brenda Smith, PhD, of Oklahoma State University, looked at a cohort of normal adult laboratory mice, with an age equivalent to that of middle-aged people, and a cohort of elderly mice, with an age equivalent to people aged 60 to 70. Each age cohort was divided into three groups. One group was fed a diet supplement of 25 percent dried plum by weight, another group was fed a diet of 15 percent dried plum by weight, and the third group was given no supplement. “Their diets were absolutely the same otherwise,” notes Halloran, “so any difference we observed in bone could only be attributed to the dried plum.”

“What we’ve done is not just prevent the loss of bone with aging – we’ve actually put bone back,” says Halloran. “Whatever is in dried plum may prove to be an effective therapy for osteoporosis.”

Halloran cautions that dried plum’s mechanism of action is not known, but notes that plums are known to be very high in antioxidants, which have been reported in previous studies to slow loss of bone.

The next logical step, says Halloran, would be human studies. However, “feeding people a diet of 25 percent dried plum powder by weight just isn’t practical, so it’s essential that we isolate the active ingredients,” he says. Halloran and his team are currently conducting studies to do that, as well as to analyze the nature of the bone that has been restored in the mice, “since we don’t know how strong it is, or how brittle.”

Co-authors of the study are Thomas J. Wronski, PhD, of the University of Florida, Douglas C. VonHerzen, BS, and Vivian Chu, BS of SFVAMC and UCSF, and Xuechun Xia, BS, Jennifer E. Pingel, BS, and Alyssa A. Williams, BS, of UF.

The study was supported by funds from the Department of Veterans Affairs and the California Dried Plum Board.