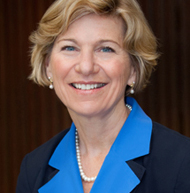 UCSF Chancellor Susan Desmond-Hellmann, MD, MPH, will be inducted today into the American Academy of Arts and Sciences, alongside some of the world’s other most distinguished scholars, artists and institutional leaders.

Three other UCSF faculty also will be named as fellows in the ceremony: Samuel H. Barondes, director of the UCSF Center for Neurobiology and Psychiatry; Howard L. Fields, principal investigator in the Ernest Gallo Clinic and Research Center; and Deepak Srivastava, director of the UCSF-affiliated Gladstone Institute of Cardiovascular Disease. They join more than 50 UCSF faculty members who previously have been named as fellows in the past.

Desmond-Hellmann, an oncologist and renowned biotechnology leader who now heads the nation’s largest public biomedical research institution, was among five members of the 210 new fellows to address her colleagues, focusing on today’s unprecedented opportunities to understand human biology and improve human health.

“I want to challenge us to set the bar high, to imagine what’s possible, and then to make it happen,” she said. “Patients are waiting. These patients and their families deserve our sense of urgency around using all of our scientific knowledge to allow each human being the best chance possible to live a full life without pain and suffering.”

Desmond-Hellmann, who took the helm of UCSF in August 2009, has committed her career to expediting the translation of scientific research into life-saving therapies for patients. Trained at UCSF, Desmond-Hellmann spent several years in the early 1990s working as a community oncologist, where she became frustrated with the limited options available to cancer patients.

She went on to lead product development at Genentech Inc., the world’s first biotechnology company, which became the nation’s top producer of anti-cancer drug treatments during her tenure. As Genentech’s president of product development, Desmond-Hellmann oversaw the launch of the cancer drugs Avastin, Herceptin and Rituxan, among others.

Desmond-Hellmann was named to the Biotech Hall of Fame in 2006, has appeared among Fortune’s “Top 50 Most Powerful Women in Business,” and was named by Forbes as one of the world’s seven most powerful innovators and “a hero to legions of cancer patients.”

In her role as UCSF chancellor, Desmond-Hellmann oversees a $3.3 billion organization that includes world leaders in biomedical research, the nation’s premier graduate schools of medicine, nursing, pharmacy and dentistry, and an academic medical center that has ranked among the top 10 nationwide for the past decade. 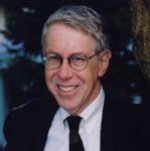 The Cambridge, Mass., ceremony was part of a three-day event to officially welcome the 230th class of new fellows and foreign honorary members into the Academy.

“The Induction ceremony celebrates the Academy’s mission and the accomplishments of its newly elected members,” said Academy President and Chief Executive Officer Leslie Berlowitz. “Through three centuries of service, the Academy and its fellows have been dedicated to intellectual leadership and constructive action in America and the world.”

The 210 new fellows and 18 foreign honorary members are leaders in research, scholarship, business, the arts, and public affairs. 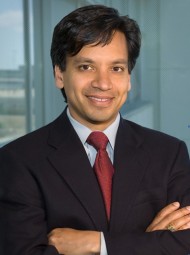 Other new fellows are astronomer Geoffrey Marcy, who discovered more than half of the currently known extrasolar planets; chemist Joseph Francisco, whose research revolutionized our understanding of chemical processes in the atmosphere; Evelyn Hu, a pioneer in the fabrication of nanoscale electronic and photonic devices; Timothy Ley, who led the group that sequenced the first human cancer genome; theologian Harvey Cox, Jr., Pulitzer Prize-winning historian Daniel Howe; and U.S. Special Envoy to North Korea Stephen Bosworth.

Founded in 1780, the American Academy of Arts and Sciences is an independent policy research center that conducts multidisciplinary studies of complex and emerging problems. Current Academy research focuses on science and technology policy; global security; social policy; the humanities and culture; and education. Headquartered in Cambridge, Mass., the Academy’s work is advanced by its 4,600 elected members, who are leaders in academic disciplines, the arts, business and public affairs from around the world. Visit www.amacad.org.