The UCSF community will gather this month for two separate memorials to honor the extraordinary contributions of UCSF faculty physicians Elliot Rapaport and Ernest Rosenbaum.

Rapaport, MD, emeritus professor of medicine and former associate dean at San Francisco General Hospital (SFGH), died on Sept. 5. He will be remembered by friends and colleagues at a memorial celebration on Friday, Oct. 15 at 2 p.m. in Carr Auditorium, Building 3 at SFGH, 1001 Potrero Ave., San Francisco. For more information, contact Catherine Thurow.

Rosenbaum, MD, emeritus clinical professor of medicine who served for 50 years on the medical staff at Mount Zion hospital, died on Sept. 7. Friends and colleagues are invited to celebrate his life at the celebration on Thursday, Oct. 21 from 4 to 6 p.m. in Herbst Hall at UCSF Medical Center at Mount Zion, 1600 Divisadero St., San Francisco. 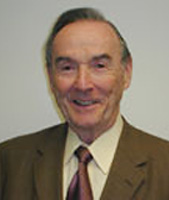 A 1946 graduate of the UCSF School of Medicine, Rapaport joined the faculty in 1957 and became a full professor in 1966. Over the past 50 years, he has served many roles at UCSF, including the William Watt Kerr Professor of Clinical Medicine from 1970 to 2001. At the UCSF-affiliated SFGH, he served as chief of the Cardiology Service and director of the Cardiology Laboratory from 1960 to 1991 and associate dean from 1985 to 1998.

Rapaport also lectured extensively and received international recognition from the University of Chile School of Medicine, the French Society of Cardiology, the British Cardiac Society and Cardiological Society of India, to name a few. 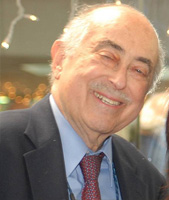 Rosenbaum is hailed for his 50-year career as a skillful and dedicated healer in the field of cancer treatment. His productive career included serving as associate chief of medicine at the UCSF Medical Center at Mount Zion, the founder of the Medical Oncology Service and as an associate at the Cancer Research Institute. He also served as medical director of the Better Health Foundation in San Francisco and was the co-founder of the Northern California Academy of Clinical Oncology.

One of Rosenbaum’s legacies is Art for Recovery, an award-winning program of the UCSF Helen Diller Family Comprehensive Cancer Center. Conceived in l988 by Rosenbaum, and directed by Cynthia Perlis since its inception, the program brings artists, writers, poets, musicians and medical students to UCSF patients, their caregivers and the UCSF medical staff to listen, to encourage expression of feelings through words, images, music, and quilt-making.