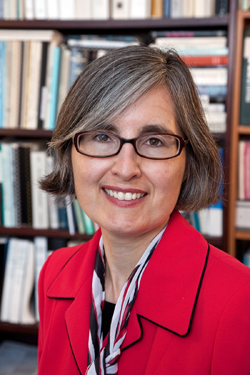 California was the first state in the nation to pass legislation to develop a health benefit exchange to implement the federal law and now will be the first to create an exchange, an entity that will help California consumers and small businesses shop for and buy affordable health insurance.

Janet Coffman, PhD, a professor at the Philip R. Lee Institute for Health Policy Studies and the Department of Family and Community Medicine at UCSF, addresses some of the reasons California is ahead of other states and the benefits of being on the cutting-edge of health care reform.

Q: What is a health benefit exchange?

A: The health reform legislation signed into law in March 2010 by President Obama calls for a health benefit (or health insurance) exchange in each state by 2014. The exchanges aim to make health insurance more affordable for small business and individuals by allowing them to compare the costs of various health plans and different types of health coverage. All health insurance sold through the exchanges will provide comprehensive benefits without annual or lifetime limits on coverage. No one will be denied coverage due to his or her health status. Tax credits and subsidies will also be provided to make coverage more affordable for low- and middle-income persons. Some states may operate their own exchange and others may join a multi-state exchange.

Q: What is California’s model for a health benefit exchange?

A: The California Health Benefits Exchange would be its own entity within the state government. Importantly, the California exchange would be an active purchaser that will develop a competitive process to select health insurers who will participate in the exchange. This is different from an “e-insurance” model, which simply provides information about health plans that can be purchased through the exchange.  The downside of an “e-insurance” model is that individuals and small business would continue to apply for coverage on their own much as they do today. Being an active negotiator on behalf of large numbers of individuals and small businesses should result in more competitive prices for consumers.

Q: What is the benefit of enacting health care reform legislation more quickly than other states?

A: First and most importantly, California residents will have expanded access to health care sooner. Low-income childless adults comprise one of our state’s biggest coverage gaps. Many do not have access to employment-based insurance and are not currently eligible for Medi-Cal, Medicare, or other public programs.

In addition, starting in 2011 and continuing through 2014, states can receive financial assistance to help pay for the cost of creating a health benefit exchange. Given the current budget crisis, our state needs all the money it can get. It’s also possible that future lawsuits and skirmishes may start chipping away at some of the provision. The idea of a health benefit exchange was contentious at the federal level, for example, so if the concept ultimately gets watered down, we still have the state legislation.

Q: Why is California in the position of being able to act so quickly?

A: Our leadership in this area in part reflects the energy and efforts put into health care reform discussions in 2007. California had one of the most sustained debates, other than Massachusetts. State health care reform ultimately was not successful here in 2007, but the health exchange was part of that discussion. Leaders had spent a lot of time defining what they wanted to see.

While other states still are wrestling with some of the concepts behind federal health care reform, some of our politicians who considered many of these provisions just three years ago are some of the same people we have in office now. They’ve been able to move swiftly from contemplation to implementation.

Maryland is the only other state that has gotten anything substantive passed – by substantive I mean   legislation that goes beyond forming a committee or task force.  In April, for example, Maryland legislators passed a law prohibiting health plans from denying coverage for children with preexisting conditions and allowing dependents up to age 26 to remain on their parents’ coverage.

Q: Has the large number of uninsured people in California created a sense of urgency in our state?

A: California does have one of the highest percentages of uninsured people in the country; we’re sixth in the nation. Historically there have been two large industries – agriculture and until recently, construction – that traditionally have employed many uninsured people and undocumented immigrants. Meeting this need may have played a role in pushing through health care reform legislation more quickly, but Texas also has a high percentage of uninsured and has not been as proactive as California.  I really believe we’re building on established thinking by leaders who are committed to propelling us forward.

Q: What other health care reform provisions has California passed?

A: Governor Schwarzenegger has signed legislation that extends eligibility for health care benefits for dependents up to age 26, prohibits insurers from excluding children with pre-existing conditions, and prohibits insurers from cancelling a person’s health insurance policy except in cases of fraud or intentional misrepresentation of fact

Editor’s note: A version of this piece also appeared on Oct. 3 in The Sacramento Bee.

Q&A: How California is ahead of the game on health exchanges
Sacramento Bee, October 4, 2010

Office of the Governor