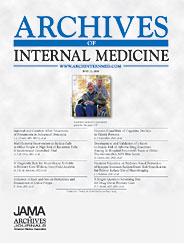 July 12 online edition of the Archives of Internal Medicine

A new study shows that overweight and obese women who suffer from hot flashes can reduce the severity of their hot flashes if they lose weight through diet or exercise.

Hot flashes, which are associated with sleeping problems, anxiety and depression, are the most common complaints of women during menopause and persist for five or more years past menopause in up to one third of women, according to the researchers. In multiple observational studies, women with a higher body mass index (BMI) have reported more frequent or severe hot flashes compared to women with lower BMI, but the effect of weight loss on hot flashes has been unknown.

“We still don’t understand the underlying mechanism of hot flashes, or why some women experience flashes and others don’t,” said Alison J. Huang, MD, assistant professor of internal medicine in the UCSF Department of Medicine, who was the lead author on the paper. “The good news is that millions of women who are overweight and troubled by hot flashes may be able to reduce their discomfort through diet and exercise.”

Findings are available July 12 in the online edition of the Archives of Internal Medicine.

The Centers for Disease Control and Prevention estimate that 64.1 percent of adult women in the United States are overweight and 35.5 percent of women are obese. Those estimates are based on a BMI of 25-29.9 for the overweight category and 30 or more for the obese category. BMI, expressed as weight in kilograms divided by height in meters squared, commonly is used to classify weight.

The study included 338 women aged 30 or older with a BMI of 25-50 who were randomly assigned to two groups. One group, of 226 women, attended weekly one-hour group sessions led by experts in nutrition, exercise and behavior change, and were asked to follow a reduced calorie diet. They also were encouraged to increase their physical activity to at least 200 minutes per week. The remaining 112 women, in the so-called “control” group, participated in one-hour group sessions that provided general information about weight loss, physical activity, healthy eating and health promotion.

Bothersome hot flashes and other baseline menopausal symptoms were assessed at baseline and at six months using self-administered questionnaires. Participants were asked to indicate intensity of hot flashes in the past month with responses ranging from ‘not at all’ to ‘extremely.’

Half of the participants reported being at least slightly bothered by hot flashes at the start of the study. Among these women, reductions in weight, abdominal circumference and BMI were associated with an improvement in hot flashes.

In fact, women in the active weight loss group were twice as likely to see an improvement in their hot flashes after six months compared to women in the control group, according to senior author Deborah Grady, MD, of the UCSF Department of Medicine and the Veterans Affairs Medical Center, San Francisco.

“This gives women who suffer from hot flashes an added option in controlling their symptoms, while also creating a healthier life for themselves,” Grady said.

The study was ancillary to the Program to Reduce Incontinence by Diet and Exercise (PRIDE), a randomized, controlled trial of an intense behavioral weight loss intervention versus a structured education program to promote weight loss in overweight and obese women with urinary incontinence, coordinated by UCSF.

The researchers acknowledge that a possible limitation of the ancillary study is that participants also had urinary incontinence. However, they said that urinary incontinence, while more prevalent among older women, has not been shown to be associated with menopause, nor did they see a link between more severe incontinence and increased hot flashes.

“We don’t see any reason why our findings aren’t also applicable to women who are not incontinent,” Huang said.

This research was supported by grants from the National Institutes of Health.