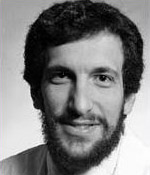 HIV-infected patients who lost subcutaneous fat as a result of taking first-generation antiretroviral drugs still had strikingly less body fat than non-infected controls five years after switching to newer medications, according to a study led by researchers at the San Francisco VA Medical Center and the University of California, San Francisco.

“This shows that the damage done by certain antiretroviral drugs, which were life-saving at the time but reduced body fat, is long-term,” says senior investigator Carl Grunfeld, MD, PhD, chief of the metabolism and endocrine sections at SFVAMC. “This is the first study to demonstrate that the effect lasts at least five years.”

The study authors measured total body fat among 477 HIV-infected participants and 214 non-infected control subjects, twice. The first measurement was taken between 2000 and 2002, when most people in the United States with HIV/AIDS were taking drug combinations that included the fat-toxic drugs stavudine and zidovudine. The second measurement took place five years after the first, by which time most patients had been switched to modern highly active antiretroviral therapy (HAART), which does not destroy body fat. The researchers found that at both the first and second measurements, the HIV-infected participants had significantly less body fat, especially lower body fat, than the controls.

The difference in upper body fat was much smaller, says Grunfeld: “The worst initial loss was in the best fat, and the least loss was in the worst fat. Five years later, at the second measurement, the HIV-infected patients had gained very little lower body fat.”

The result, he says, is increased risk of cardiovascular disease among the HIV-infected people.

There are several reasons for the increased cardiovascular disease risk, explains Grunfeld, who is also a professor of medicine at UCSF. Upper body fat is known to be associated with elevated insulin resistance and high blood triglycerides – two known heart disease risk factors – while lower body fat is associated with decreased insulin resistance and lower triglycerides. “It’s well-known that women have lower triglycerides than men, which is related to the fact that women have more lower body fat than men,” he says.

In addition, HAART is known to be associated with increased triglycerides, as is HIV itself. “It all adds up to bad cardiovascular disease risk for HIV-infected people,” Grunfeld says. “Furthermore, it’s a risk that is probably not going to go away. Patients and physicians need to be aware of it, and take whatever other steps they can to reduce that risk.”

The study was supported by funds from the National Institutes of Health and the Albert L. and Janet A Schultz Supporting Foundation, some of which were administered by the Northern California Institute for Research and Education.

NCIRE - The Veterans Health Research Institute – is the largest research institute associated with a VA medical center. Its mission is to improve the health and well-being of veterans and the general public by supporting a world-class biomedical research program conducted by the UCSF faculty at SFVAMC.