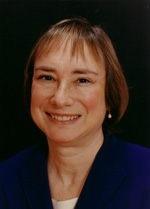 The findings indicate a strong relationship between the oral health of mothers and their children, the authors say. They also suggest that entire families need access to dental health education, prevention and treatment.

“These results translate into key messages for parents, dentists and policy makers,” said Jane A. Weintraub, DDS, MPH director of UCSF’s Center to Address Disparities in Children’s Oral Health and chair of the Division of Oral Epidemiology and Dental Public Health. “The oral health of parents, especially moms, can impact the oral health of children, so dentists should include the whole family in the dental care process – not just the individual in the chair – to prevent future disease.”

The findings of the study are published online in the Journal of Dental Research, which is the journal for the International Association of Dental Research. (http://jdr.sagepub.com/cgi/rapidpdf/0022034510372891v1)

Although a specific population was analyzed in this study, its conclusions are likely to be valid for other demographic populations because bacteria that cause tooth decay can be transmitted from person-to-person, including mother-to-child, the authors say. Almost half of the mothers studied and more than a fourth of the children and adolescents in this population had untreated tooth decay.

“This can occur, for example, from a mother tasting a child’s food and then using the same spoon to feed her child,” said Weintraub.

The findings underscore the need for families to have access to dental care, especially those within underserved populations.  Instead of cutting Medicaid dental benefits for low-income adults and excluding adult benefits from health care reform, the authors recommend that adults be included in dental programs and policies in order to improve the oral health of children and families.

For family dentists, the findings emphasize the importance of asking about the oral health of other family members. “Dentists should encourage all family members to get treatment, especially if a child already has tooth decay, and provide the family with the preventive measures, knowledge and skills to help prevent future disease,” Weintraub added.
The population-based study included low-income Hispanic families working in agriculture in a small, rural community in California’s Central Valley.  The analysis included 179 mothers and their 387 children, and found that 46 percent of mothers and 27 percent of children had untreated tooth decay.

Previous studies found that Hispanic and low-income families in the United States have a higher prevalence of tooth decay than other racial, ethnic and economic groups.  Because there are many determinants of children’s tooth decay, researchers sought to assess the impact of family influence on children’s oral health after controlling for demographic, economic and behavioral factors associated with tooth decay and dental utilization.

The study was conducted as part of the National Institute of Dental and Craniofacial Research-funded Center to Address Disparities in Children’s Oral Health at the UCSF School of Dentistry.