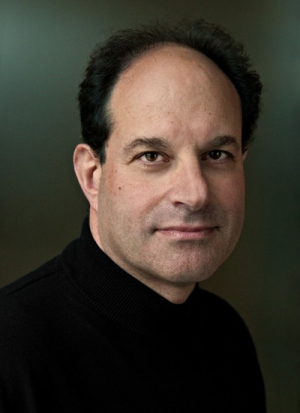 For his groundbreaking work on the sensation of touch, David Julius, PhD, professor and chair of the UCSF Department of Physiology, has been named to receive the 2010 Shaw Prize in Life Sciences and Medicine.

The Shaw Prize is regarded as the preeminent international recognition for scientific achievement among awards originating in Asia.

Julius was named the winner of the $1 million prize today (May 27) in an announcement by the Shaw Prize Foundation. He was cited for “his seminal discoveries of molecular mechanisms by which the skin senses painful stimuli and temperature and produces pain hypersensitivity.”

Julius has used distinctive molecules from the natural world – tarantula toxins and the capsaicin molecule that produces the hot in chilies, for instance – to gain an understanding of how signals responsible for temperature sensation and other sensory phenomena are transmitted within neural circuits. His work on noxious stimuli has offered insight and stimulated ideas among scientists who aim to better understand and treat chronic pain.

Julius, who joined the UCSF faculty in 1990, has received numerous honors and awards. Earlier this year, he was named to receive the prestigious Passano Award, which honors US research that leads to clinical medical applications. Previous winners of the Passano Award include UCSF Nobel laureates Elizabeth Blackburn, PhD, J. Michael Bishop, MD, chancellor emeritus, and Harold Varmus, MD.

Julius also recently won the 2010 Prince of Asturias Award for Technical and Scientific Research, a prize shared with Baruch Minke, PhD, from the Hebrew University of Jerusalem, and Linda Watkins, PhD, from the University of Colorado, Boulder. In citing the awardees the Fundación Príncipe de Asturias noted that, “The findings of these scientists open up new and hopeful avenues for the rational design of specific therapies and drugs for the selective treatment of the different types of pain, one of the great medical challenges of all times.”

Julius will become the third UCSF scientist to receive the Shaw Prize.

In 2004, Yuet Wai Kan, MD, DSc, was recognized for his pioneering work on the role of inherited genetic variations in human disease – including the inborn hemoglobin disorders sickle-cell anemia and thalassemia. Kan’s work is the basis for DNA-based diagnostic tests. Kan shared the prize that year with Herbert Boyer, PhD, a former UCSF molecular biologist and the founder of Genentech, and Stanford University researcher Stanley Cohen, MD. Boyer and Cohen invented gene-cloning methods they used to successfully insert genetically engineered DNA into foreign cells to make proteins. Their work is the foundation for the biotechnology industry.

Three Shaw Prizes, each with an award of $1 million, are presented to scientists in the fields of life sciences and medicine, mathematics and astronomy.

This is the seventh year the prizes have been awarded. According the Shaw Prize Foundation, the Shaw Prize was established though the support and guidance of Hong Kong entrepreneur Run Run Shaw, and “honors individuals, regardless of race, nationality and religious belief, who have achieved significant breakthroughs in academic and scientific research or application and whose work has resulted in a positive and profound impact on mankind.”