By Jeffrey Norris Caveman cuisine is all the rage. Way back in the day, it was just what everybody ate. Now it’s called the Paleolithic diet. Devotees dine on lean meat. They consume a cornucopia’s worth of fruits and vegetables. They eschew grains and dairy products. They chew on raw nuts, but forego legumes such as beans and peanuts. Beyond those broad guidelines, people disagree on the finer points of Stone Age eating habits. The diets of our ancient forebears undoubtedly varied depending on what was available in the part of the globe they inhabited. But think “unprocessed.” Two UCSF physicians and some of their patients with type 2 diabetes are hoping that the Paleolithic diet will merit more than fleeting popularity as just another futile food fancy. The initial research findings are striking. Without losing weight, participants in a preliminary study improved blood sugar control, blood pressure control and blood vessel elasticity. They lowered levels of blood fats such as cholesterol. And most amazingly, participants achieved these results in less than three weeks -- simply by switching to a Paleolithic diet.

The original Paleolithic diet dates back to before the advent of agriculture. That’s a milestone humans reached 10,000 or more years ago. Advocates reason that humans evolved to live healthily as hunter-gatherers. They say our species hasn’t evolved quickly enough to adapt metabolically to changes in our diet due to agriculture – and certainly not fast enough to thrive on the new, processed creations of the food industry. According to the current crop of would-be hunter-gatherers, that’s why we suffer the chronic diseases of modern society. Among the metabolic afflictions, diabetes now is epidemic. Two anthropologists wrote about the hypothesized benefits of a Paleolithic diet a quarter century ago in the New England Journal of Medicine. Even so, the diet only has become a topic for mainstream discussion over the past decade. Too few studies have been conducted to draw conclusions about the diet’s merits or drawbacks. Diet studies tend to be expensive to fund. People with diabetes are more likely to have heart or kidney disease, or to develop these diseases later. High blood pressure and diabetes are the two major risk factors for kidney disease. Undesirable levels of blood fats, or lipids, are associated with heart disease. A Paleolithic diet might be able to help lower these risks. To look for more hard evidence for the potential health benefits of a Paleolithic diet, UCSF kidney specialist Lynda Frassetto, MD, and her collaborators conducted a study supported by the Clinical Research Center at UCSF. The nine participants were sedentary and out-of-shape, but otherwise healthy. They ate a normal diet for three days, ramped up to a Paleolithic diet over a week, and then stuck to it for another 10 days. 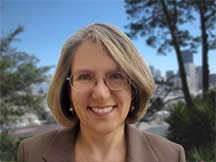 Participants scored significantly better on almost all measures of health risk used in the experiment. For instance, the average reduction in the best-known “bad” cholesterol -- low-density lipoprotein (LDL) -- was roughly 22 percent. That compares favorably to what can be expected from six months of treatment with a cholesterol-lowering statin drug, according to Frassetto. Eight of nine participants had lower levels of total cholesterol and LDL at the conclusion of the study. All nine had lower levels of another “bad” cholesterol, called very-low-density lipoprotein (VLDL). All nine also had lower levels of fats known as triglycerides. Frassetto’s research team also found that participants could exercise just as hard on a treadmill as at the beginning of the study, maintaining the same cardiac blood-pumping output – but they could do so at a lower heart rate and at a lower blood pressure.

Insulin-resistance and the Paleolithic diet

That study did not include people with diabetes. Still, the study subjects who were the most insulin-resistant improved the most, Frassetto says. Those early results led to another study -- this one focused on people with type 2 diabetes. To complete the study Frassetto and UCSF endocrinologist Umesh Masharani, MD, are looking for a few more people with type 2 diabetes who do not also have confounding medical problems. The ongoing study is not open to individuals taking prescribed insulin or thiazolidinediones such as Avandia or Actos. The researchers control calorie intake in their studies so that participants maintain their pre-study weights. They do not want to measure the impacts of weight loss, only the effects of the different food content in the diets. The study volunteers are not chasing down critters or picking berries. They’re not even doing their own grocery shopping. The study is run more like a take-out restaurant -- one without daily specials. Participants pick up food every few days and do their best to eat it all and nothing else. Some find it a bit monotonous, Masharani says.

The Paleolithic meals also are a bit bulky. With all that fiber from fruits and vegetables the Paleolithic diet is less calorie-dense. “We break it down into multiple small meals,” Masharani explains. “What most people complain about is that it is just too much food.” Both Masharani and Frassetto are convinced that study subjects on the Paleolithic diet would lose weight if they ate only as much as they felt like eating -- instead of the amount specified by the research protocol to maintain weight. In the current study there also is a control group. Those assigned to the control group receive a diet that meets criteria established by the American Diabetes Association (ADA). In both diets about 40 percent of calories come from carbohydrates, 30 percent from fat, and 30 percent from protein. Ten study patients will be assigned to each group. Compared to the ADA-type diet, the Paleolithic diet used in the study is very low in salt – less than two grams per day. The Paleolithic diet also is higher in potassium, lower in polyunsaturated fat, and less acidic. As a nephrologist, Frassetto initially became interested in the Paleolithic diet because of its low acidity. Aging and kidney failure are both associated with increasing blood acidity, she explains. That does not prove that the increasing acidity is contributing to poor health, but the body does try to keep blood pH tightly regulated. Fruits and vegetables help buffer acid-producing foods, which include dairy products and grains, Frassetto says. Patients in the current study also sign on for blood and urine tests. Among them is an insulin clamp, the gold-standard test for insulin resistance, according to Masharani. Participants receive an insulin infusion at a steady rate, and then a variable amount of glucose is given to keep the blood glucose level normal. Insulin-resistant people need very little glucose to maintain normal levels in the blood. In contrast, insulin-sensitive people need much more.

Lab measurements made as part of the ongoing study so far point to improvements even among diabetics assigned to the ADA-type diet. This occurred despite the fact that patients thought they already had been eating according to ADA guidelines. “I think we get the results we do because we make all the food,” Masharani says. “Even people with diabetes who have become educated about diet don’t necessarily realize what is in what they are eating. It is very difficult to keep track.” But so far, people in the ongoing study who have been assigned to the Paleolithic diet have shown more improvement, according to Masharani. If preliminary findings are confirmed in larger studies – assuming those studies are funded – then the Paleolithic diet might one day be adopted as a powerful, non-pharmaceutical treatment for type 2 diabetes. Be that as it may, it is uncertain whether even patients who stand to benefit most would stick with a proven Paleolithic diet. As Frassetto says, “We’re talking about a fairly drastic change.” Masharani and Frassetto next want to find out which specific components of the Paleolithic diet might be the most beneficial. They want to investigate diets with varying amounts of salt, acidity, potassium and polyunsaturated fat. They already have applied for a grant from the National Institutes of Health to further explore the role of salt. “I think diet and exercise remain the major ways that we are going to have an impact on diabetes in the public health domain,” Masharani says. “I don’t think we are going to reverse the trend by giving more pills.”