For UCSF, 2009 was a year of leadership changes, exciting scientific breakthroughs and meaningful advances in patient care.

The University welcomed its first female chancellor, celebrated its fourth Nobel Prize-winning scientist, and made great strides in critical areas such as cancer treatment and stem cell research.

The year also brought its share of challenges as UCSF felt the ill effects of a statewide budget crisis and a national recession that spurred layoffs, salary cuts and furloughs.

The year also brought new opportunities as the University began to receive millions of dollars for research from the National Institutes of Health as part of the federal economic stimulus plan, known as the American Recovery and Reinvestment Act, as well as money for student financial aid.

Through it all, UCSF maintained its commitment to providing high-quality service to its patients; a world-class education to its students; and a stimulating, supportive environment to its faculty and staff.

In her first campus update of 2010, UCSF Chancellor Sue Desmond-Hellmann, MD, MPH, said that looking ahead, she finds “many reasons for optimism given the passion and talent on our campus. I remain inspired about our collective ability to innovate and contribute to delivering on our mission of advancing health worldwide.”™

Here’s a look back at some of the highlights that helped define 2009 at UCSF:

In a survey of “America’s Best Hospitals” by U.S. News & World Report, UCSF Medical Center was named the seventh-best hospital in the country and No. 1 in the Bay Area. In 11 medical specialties, UCSF placed among the top 10 medical centers nationwide. In a separate set of pediatric specialty rankings released in June 2009, UCSF Children’s Hospital was ranked among the nation’s best children’s hospitals in nine pediatric specialties, making it one of the top-ranked facilities in California. 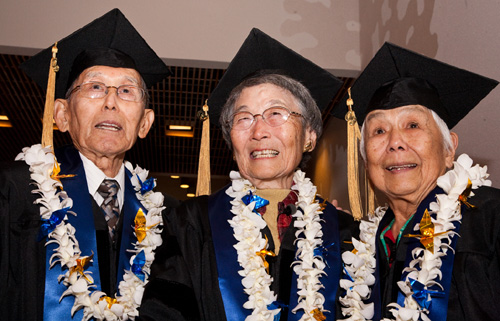 UCSF received one of the largest gifts in its 145-year history —$125 million— as the lead funding for a state-of-the-art medical center at the Mission Bay campus. The gift came from longtime UCSF supporter Charles F. Feeney through the foundation he created, The Atlantic Philanthropies. The 289-bed UCSF Medical Center at Mission Bay, slated for completion in 2014, will consist of specialty hospitals for women, children and cancer patients. Read more.

As part of a nationwide effort to improve emergency response capabilities on university campuses, UCSF introduced a new mass communication alert system, WarnMe, in April. The system allows members of the University community to self-register to receive timely warnings via text or voice of any emergency situation or disaster on or near campus. Read more.

The UCSF Department of Bioengineering and Therapeutic Sciences, which links the School of Medicine and the School of Pharmacy, was the first joint department between schools at UCSF and the first of its kind in the United States. Read more.

Researchers began enrolling patients in UCSF’s first stem cell clinical trial in cardiology. The early-stage clinical trial, part of a multi-center national study, will evaluate the safety and efficacy of an adult stem cell therapy for patients who have just experienced their first heart attack. The experimental therapy is intended to combat the symptoms related to heart damage that continue to develop following a heart attack, including low pumping capacity, inflammation and increased scar tissue.

The California Institute for Quantitative Biosciences (QB3) joined with the City of San Francisco and FibroGen Inc., to launch the QB3 Mission Bay Incubator Network, an effort to spur growth in the bioscience industry. The project, which kicked off with five startup companies, builds upon the success of the QB3 “Garage” as an incubator and support system for biotech entrepreneurs.

UCSF researchers identified a new potential drug target for the herpes virus that causes Kaposi’s sarcoma, re-opening the possibility of using the class of drugs called protease inhibitors against the full herpes family of viruses. The drug target, which is known as a protease dimmer, could serve as a model for developing new therapeutics for diseases ranging from cancer to Alzheimer’s disease.

UCSF scientists genetically encoded mouse cells to respond to light, marking the first time researchers have been able to import a light-controlled “on-off switch” from plants into a mammalian cell to instantly control a variety of cell functions. The team’s findings could have various therapeutic applications down the road and offer a new approach for scientific research into the complex regulatory processes involved in diseases like cancer and inflammation.

The San Francisco Board of Supervisors in July unanimously approved a helipad for the planned UCSF Medical Center at Mission Bay, to be used to bring critically ill newborns, children and pregnant women to UCSF from outlying community hospitals to receive the most advanced, life-saving care.