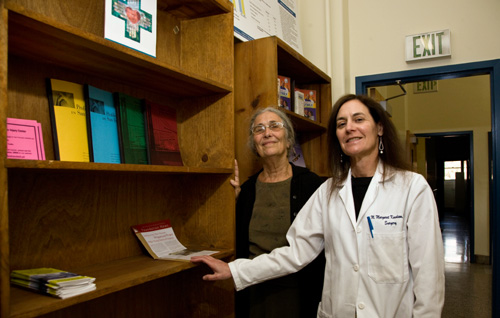 For the past 20 years, the San Francisco Injury Center for Research and Prevention (SFIC) has been working to treat, understand and prevent traumatic injuries and to establish practices that serve as national and international models.

Whether an injury is caused by a fall, a firearm or a motor vehicle crash, the multidisciplinary investigators at the SFIC view it the same way: as a condition that must be treated using the utmost care and the latest medical technologies, and also as a source of valuable data that can inform the center’s renowned prevention work.

“Investigators at the SFIC have had an impressive track record of making rapid changes in our field related to our prevention efforts and research discoveries,” said M. Margaret “Peggy” Knudson, MD, UCSF professor of surgery and the SFIC’s principal investigator.

Since it was established in 1989, the SFIC has been continually funded by the Centers for Disease Control and Prevention (CDC) through the UCSF Department of Surgery. It is one of just 13 CDC-funded Injury Control Research Centers in the country.

The SFIC is located on the grounds of the UCSF-affiliated San Francisco General Hospital (SFGH), the area’s only level I trauma center. SFIC staff and investigators are, therefore, on the front lines of trauma care, with a wealth of injury data accumulating daily all around them.

That proximity to injured patients is crucial, said Javier Antezana, one of the case managers for the SFIC’s Wraparound Project, which works with survivors of violent injury between the ages of 12 and 30.

“We carry trauma pagers, so we know exactly when these individuals come into the hospital and we’re able to get face-to-face contact with them right away,” said Antezana, a two-year veteran of the three-year-old program. “We try to capture that window of opportunity when they can turn their lives around.”

The Wraparound staff takes a multifaceted approach to trying to “stop the revolving door” that brings approximately 35 percent of survivors back to the hospital reinjured within three years, said Rochelle Dicker, MD, director of both the Wraparound Project and the SFIC.

After conducting a needs assessment, case managers work to set clients up with mental health services, substance abuse counseling, vocational training or whatever else they might need to get them moving down a path away from recurring violence, Dicker said. What’s more, case managers like Antezana are selected from among the local San Francisco population and are people who themselves have experienced the kind of violence their clients have lived through, she said. 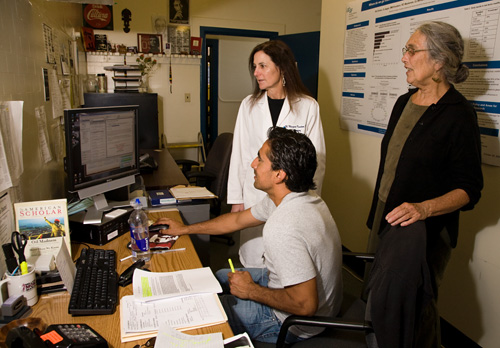 Since the Wraparound Project was established, recidivism among its clients is down to about 7 percent  just one-fifth of SFGH’s average recidivism rate, Dicker said.

But the continued need for a program like Wraparound is very real. In 2007, there were 234 gunshot victims and 208 stabbing victims admitted to SFGH  an increase from the previous year. More than half of the victims were under the age of 25.

Other initiatives at the SFIC target individuals who  if the efforts are successful  will never set foot in the trauma ward.

For example, Knudson and her colleagues are currently working on developing what they believe is the first interactive health game designed specifically to promote injury prevention. The game, Ace’s Adventure, targets early elementary school children and teaches them how to safely walk to school. In order to advance in the game, the main character must master mini-challenges that focus on pedestrian safety, including crossing an intersection at a stoplight and signaling a driver who is backing up.

Injury is the number-one cause of death and disability in children in the United States, and most of those injuries are preventable, Knudson noted. In addition, in San Francisco, pedestrian injuries account for 49 percent of all traffic-related fatalities, compared with a national average of 13 percent  a statistic that helped shape the theme of Ace’s Adventure.

“While injury control efforts for infants and small children are focused on parents, school-age children are learning to think independently and thus can be influenced by efforts aimed at teaching ‘self-care’ behaviors,” Knudson said.

This year, thanks to funding from a private donor, the SFIC team has been able to transform Ace’s Adventure from a pilot video game into a market-quality product. In addition, based on Knudson’s recommendation, the Los Angeles Unified School District is in the process of building a so-called “Safe Street,” a life-size replica of some of the scenarios depicted in the game, where children’s newfound pedestrian safety skills can be tested.

Ace’s Adventure was one of several ambitious and innovative projects showcased at a May 27 open house celebrating the SFIC’s 20th anniversary. But the center’s investigators were also eager to talk about future plans and research initiatives.

Some will have an international focus  the development of a burn prevention program in an underdeveloped country, for example  while others will examine local trends, such as an ongoing study looking into the relationship between psychiatric disorders and unintentional injuries.

The study, led by Dicker, stems from an earlier examination of the medical records of 1,709 SFGH patients. Dicker and her fellow researchers found that, when compared with patients without a psychiatric disorder, individuals with a psychiatric disorder had twice the rate of unintentional injury requiring hospitalization and were 4.5 times more likely to be reinjured. 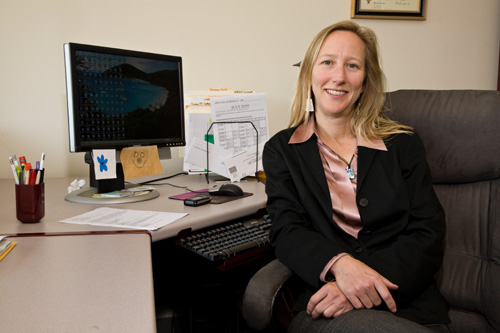 As part of the new study, patients admitted to SFGH following an unintentional injury will undergo a psychiatric evaluation at the time of hospitalization, and then Dicker and her team will conduct follow-up interviews after six months to gather data about subsequent mental health treatment or recurrent injury.

“In addition to establishing true rates of unintentional injury and injury recidivism in this population, this preliminary study will assist us in designing an intervention for these high-risk patients,” Dicker said.

Looking ahead, the SFIC will pursue projects that “build on our strengths and our previous years of experience,” Knudson said.

“As a mature center, it is our responsibility to serve as a leader in both making changes and meeting challenges in the area of injury control,” she said.