"And what is will power but just another manifestation of nerve cell activity?"

With this question in part one of Addiction: Vice or Disease?, neuroscientist Howard Fields — a senior researcher at the UCSF-affiliated Ernest Gallo Clinic and Research Center and director of UCSF's Wheeler Center for the Neurobiology of Addiction — tossed a torch onto the dry grass of behavioral modification. Only time and the success or failure of new anti-addiction drugs will determine if such incendiary remarks will ignite renewed debate or just flame out.

In the meantime, Fields continues to fire away at the status quo.

"Most treatment programs for alcoholics don't use a lot of medication," he says. "They use detoxification and cognitive behavioral transformation, like the 12 Steps of Alcoholics Anonymous (AA). This is fine. Many people are helped, but relapse is very common. What I'd like to see is more clinical research. The biggest hurdle is that not everyone in the medical profession has yet to buy into the fact that addiction is really a disease of the nervous system. It's exciting, of course, that all the science is inevitably going to lead to some new treatments (some of which were mentioned in part two of Addiction: Vice or Disease?). And I think that after one or two truly effective drugs come along, people's attitudes toward alcoholism will change just like they did about depression when antidepressants came out. But," he adds, "what good is a new medication if the treatment community doesn't want to use it?" 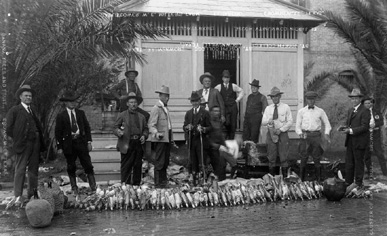 So what to make of other studies confirming that TS therapy can be superior to cognitive behavioral therapy "when total abstinence is the desired outcome"? Does this prove the case for moral fiber? After all, if some addicts can control the urge to abuse drugs or drink excessively without relying on any anti-addiction drugs, isn't this a victory of the will?

In short, says Fields, there are many in the treatment community who resist using medications. Their rationalization? "Another drug is just another crutch." 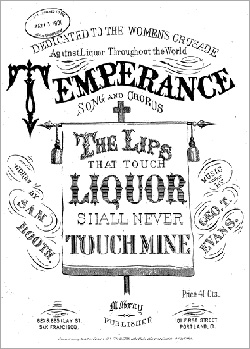 Is their criticism fair? Some would argue yes. Since addiction is known to hijack the pleasure centers of the brain, replacing this destructive high with an elevated — some might say "spiritual" — one puts personal rehabilitation rather than biomedical intervention at the center of the treatment universe.

And there is evidence that this approach has merit, at least for some. For example, a 2003 study of 722 AA members revealed that those who were encouraged by fellow members to stop drinking were three times more likely to be abstinent after a year than those who received no support at all. More interesting, if the encouragement came from non-AA members, the impact on abstinence was negligible.

Does this mean that the vigilance and "self awakening" inherent in AA's 12-Step therapy (TS) is a cure in itself? No. When it comes to addiction, cure is a big and misleading word. The brain simply "learns" to like addictive substances too much, even filing away a menu of environmental triggers — a street corner, money, a sound, a smell — to queue up the urge. In short, abstinence is a daily battle.

So what to make of other studies confirming that TS therapy can be superior to cognitive behavioral therapy "when total abstinence is the desired outcome"? Does this prove the case for moral fiber? After all, if some addicts can control the urge to abuse drugs or drink excessively without relying on any anti-addiction drugs, isn't this a victory of the will?

Fields, ever the neuroscientist, thinks not. "In my mind, any change in behavior is secondary to a change in the brain. Will power does exist, but it is biologically based and can be influenced by drugs for better or worse. If drugs can dissolve your will power, it follows that other drugs can restore it." Still, as the TS study suggests, something very human — if as yet uncharted in the brain — can contribute to sustained behavioral change.

The same can be said of the criminal justice system, Fields answers. Effective does not always mean scientifically enlightened. "If your attitude is that addiction should be punished because some drugs are illegal and it's a crime to take them, that's one approach. When you choose that approach, you are also saying that people are moral individuals, that people are responsible for their actions, that if someone chooses to do something that society does not approve of, then that person should be punished and that the punishment is a disincentive for other people to engage in the same behavior. It works up to a point. Look at Prohibition. Rates of alcoholism went way down. There's no question that making some drugs illegal does discourage many people from taking them."

The problem as Fields sees it is that criminalizing addiction is a half measure with a dead end. "If your attitude, like mine, is that addiction is an illness, you don't put people in jail. Instead you find ways to get them treated because you want to solve the problem, not just reduce it."

And on that last point, alone, all would agree.