What if we put cancer patients in jail? It's a ridiculous thought, of course. No one chooses to get cancer. It's a disease whose emergence is dictated by a complex interplay among environment, lifestyle and genetics.

Using the same logic, neuroscientist Howard Fields, MD, PhD — a senior researcher at the UCSF-affiliated Ernest Gallo Clinic and Research Center and director of UCSF's Wheeler Center for the Neurobiology of Addiction — wonders, then, why we punish addicts.

"If you listen to addicts, they say, 'I'm out of control. I can't help it. I can't stop myself. I know I need help.' That's what everyone needs to understand. Most alcoholics would like to cut back on their drinking. But some unconscious force makes them take that fifth or sixth drink even when they know they shouldn't. This is a disease, not a crime."

Finding that unconscious force inside the human brain is the holy grail of Fields' research. It's a quest that has little use for the magic wand called willpower that society waves over the addiction problem as both an explanation and a solution. "Blaming a person's lack of willpower is another way of saying it's your fault, that you had a choice," says Fields. "But who chooses to be an addict? And what is willpower but just another manifestation of nerve cell activity?"

If not a failure of willpower, then, what is alcohol addiction? Fields is quick with an answer. "To me, the simplest way of thinking about it is impulsivity. In other words, if there is something immediately available, you ignore the long-term consequences. In fact, the longer term the consequences are, the less influence they will have over your current behavior. This is what we as scientists have to understand: How does your motivation for immediate reward outweigh your ability to wait for a larger pleasure?" 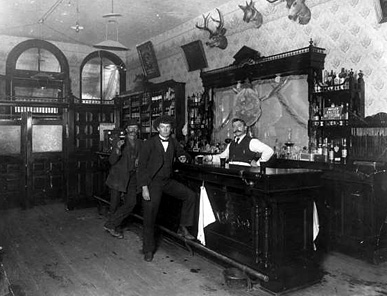 It's a fascinating neurobiological conundrum that all of us either witness or participate in daily. Think about it for a moment. At some point in our lives, almost everyone is exposed to alcohol. Yet most people do not become alcoholics, even those who drink small or moderate amounts daily.

For perhaps 5 percent to 10 percent of us, though, and for reasons as yet unexplained, drinking alcohol becomes an addiction with often disastrous consequences on our health, our freedom and the lives of others. The statistics are grim. In addition to the 17,000 traffic-related fatalities, alcohol abuse in the United States annually causes:

What is going on inside the heads of these people? society asks with both contempt and rage. Fields has an answer of sorts. "When you compare alcoholics and controls as they decide between an immediate reward and a delayed one, you see that chronic alcoholics are much more impulsive."

Which came first, the drinking or the impulsivity? It's not an idle question, and it's one that Fields cannot yet answer. "We don't know if drinking causes impulsiveness or if innate impulsiveness makes alcoholics drink more." 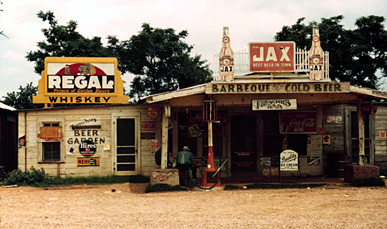 Still, some of the scientific murkiness is beginning to clear. For example, Fields and his colleagues have found that for those who prefer the delayed reward, there is activity in different regions of the brain than if you prefer the immediate reward. "You can think of it as the neural correlates of the ego (immediate gratification) and superego (long-term benefit)," Fields remarks. The key point is that if there are different paths for processing immediate and delayed gratification, then the underlying neural mechanism and biochemistry must be different as well.

And if you understand these differences, you are closer to understanding what makes alcoholics different. The main point is that their brains are different, and that is why they cannot stop drinking once they start.

In the second part of "Alcoholism: Vice or Disease?" we'll explore the science that is beginning to uncover some of the secrets of impulsivity and how alcohol, for some of us at least, seems to unleash its spontaneous power.