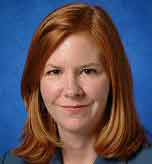 By 2012, every region in California will face a shortage of registered nurses, according to a new report.

Unless policies are enacted to address the problem, by 2030 most of northern and central California will not have the nurses to fill 30 percent of RN positions, Los Angeles will need enough RNs to fill 20,000 full-time-equivalent vacancies, and the state’s northernmost counties will lack 40 percent of the registered nurses they need.

These are some of the findings in a new regional forecast of California’s nursing workforce published today (August 22) by the Center for California Health Workforce Studies at UCSF.  The research center is one of six in the nation funded by the U.S. Bureau of the Health Professions to study local health workforce issues.

“Regardless of whether a region is experiencing a shortage now, all parts of California will be mired in a severe nursing shortage in less than a decade,” said Joanne Spetz, PhD, associate professor at the UCSF School of Nursing and associate director of the Center for California Health Workforce Studies at UCSF.

Titled “Regional Forecasts of the Registered Nurse Workforce in California,” the full report is available online at
Center for California Health Workforce Studies.  It was funded by the Center for California Health Workforce Studies, the California Employment Development Department, and the California Board of Registered Nursing.  It is based on data gathered for a June 2005 study of statewide trends that showed that today’s statewide shortage is as high as 21,000 full-time equivalent RNs, even though the supply of registered nurses has increased since 2000.

The state forecast for 2030 predicts that Californians will need 100,000 to 120,000 more nurses than the state will have available to meet health care needs. That statewide challenge calls for different responses depending on the region, Spetz said.

“In urban areas like the Bay Area and Los Angeles, the challenge comes from the sheer number of nurses who will be needed to care for a growing, aging population,” she said.

“Rural counties may not face big population growth, but they are likely to lose qualified nurses as their RN population retires, and with few RN education programs in those regions, those nurses are difficult to replace,” she added.  “In all regions, RNs are essential for safe, competent care in hospitals and nursing homes.  And they’re essential in the community, to help people maintain their health in everything from childhood vaccination programs to support for elderly who want to keep their independence.”

Registered Nurses (RNs) are licensed by the state after earning their credentials through educational programs that include college classes and direct training in patient care. Many California RNs have bachelor’s degrees and many have earned advanced practice credentials—master’s or doctoral degrees.

RNs work in hospitals, outpatient clinics and as visiting nurses to assess patient needs, develop patient care plans, and administer medications and treatments, according to Spetz.  In some settings they are assisted by licensed practical nurses (LPNs), who carry out certain nursing duties under the direction of RNs, and by nurses’ aides who perform a range of duties including personal care.

Major findings in the new report include:

*  Most regions of California face a shortage of RNs now.
*  Today, the greatest number of nurses is needed in the Los Angeles region, with an estimated shortage of 10,000 full-time equivalent RNs.
*  Today, the greatest rate of growth in RN supply is needed in the Central Coast region. This region would need at least 25 percent more full-time equivalent RNs to meet its current estimated demand.
*  All California regions will have a shortage of RNs by 2012. The shortage will worsen in all regions between 2012 and 2030, unless policies are enacted to address the problem.
*  In the forecast for 2030, the Northern Counties are expected to have the greatest share of unfilled RN positions, with nearly 40 percent of jobs vacant.  The Sacramento, Bay Area, Central Valley, and Central Coast regions are forecasted to have over 30 percent of RN full-time equivalent jobs vacant.
*  The largest number of vacant full-time equivalent positions in 2030 is expected to be in Los Angeles—a need for more than 20,000 additional RNs.

The report’s regional forecasts of the registered nurse workforce show:

* REGION 1 - The North: Butte, Colusa, Del Norte, Glenn, Humboldt, Lake, Lassen, Mendocino, Modoc, Nevada, Plumas, Shasta, Siskiyou, Sierra, Tehama and Trinity counties.
—TODAY: A 12 percent gap between supply and demand—a shortage of 800 full-time equivalent (FTE) RNs.
—BY 2030: The gap is expected to grow to more than 4000 FTE RNs—KEY FACTORS: The supply of RNs will fall unless current trends change in the number of new RN graduates and the number who migrate to the region.

* REGION 3 - San Francisco Bay Area: Alameda, Contra Costa, Marin, Napa, San Francisco, San Mateo, Santa Clara, Santa Cruz, Solano and Sonoma counties.
—TODAY:  A small gap - two percent of total FTE RNs in the region -a shortage of 1,000.
—BY 2020: A shortage of up to 13,887 FTE RNs.
—BY 2030:  A shortage of up to 24,686 FTE RNs.
—KEY FACTORS: At present, the RN labor market in this region appears to be fairly balanced. However, a shortage is imminent: the supply of RNs in the Bay Area is expected to grow only a small amount, while the demand for RNs will rise.

* REGION 4 - Central San Joaquin Valley and central Sierras: Alpine, Amador, Calaveras, Fresno, Inyo, Kern, Kings, Madera, Mariposa, Merced, Mono, San Joaquin, Stanislaus, Tulare and Tuolumne counties.
—TODAY: A substantial shortage of over 3,200 RNs; to fill the gap, the region would require an increase of 16 percent FTE RNs.
—BY 2030: A shortage of over 15,000 FTE RNs.
—KEY FACTORS: Even though the supply of RNs is anticipated to grow by about 5,000 by 2030, growth in the demand for nurses will be even more rapid.

* REGION 5 - Central coast:  Monterey, San Benito, San Luis Obispo and Santa Barbara counties.
—TODAY: A major shortage of about 1,500 FTE RNs. To fill this gap the RN workforce would need to grow 26 percent.
—BY 2030: A gap of over 3,500 FTE RNs, leaving over 34 percent of full-time equivalent positions unfilled.
—KEY FACTORS: As in most other regions, the supply of RNs is expected to grow, but demand for nurses will rise even more rapidly.

* REGION 6 - Los Angeles, Ventura, and Orange counties
—TODAY: A substantial 14 percent gap - a shortage of 10,115 RNs.
—BY 2025: The shortage will be over 15,000 RN FTEs—By 2030: A shortage of more than 20,000 FTE RNs—KEY FACTORS:  The shortage is forecasted to improve somewhat for the next seven years, due to expanding RN supply thanks to growth in nursing education in the region.  However, between 2020 and 2025, the gap between supply and demand is expected to expand rapidly, as older RNs retire and demand for health services continues to grow.

* REGION 7 -  The Inland Empire:  Riverside and San Bernardino counties.
—TODAY: No shortage of RNs
-BY 2030: A 17% gap - a shortage of nearly 7,000 FTE RNs.
—KEY FACTORS: Unlike most other regions, it is estimated that there are currently enough RNs in the Inland Empire to meet demand, though some of those nurses may be working in the Los Angeles region.  The RN population in this area is expected to grow rapidly for thanks in part to population growth that should include the migration of many nurses educated in other parts of California.  In addition, local hospitals and the Riverside and San Bernardino County Workforce Investment Boards have invested in expansions of RN education, improving the region’s ability to meet its needs.  Although a shortage is not expected for a decade, policymakers should not be complacent about the nursing labor market in this region.

* REGION 8 - The Southern Border: San Diego and Imperial counties.
—TODAY:  No shortage. The highest RN-per-100,000 population ratio in the state.
—BY 2030:  a shortage of nearly 6,400 FTE RNs.
—KEY FACTORS: This region appears to have a well-balanced RN labor market.  This may be the result of a strong local collaborative effort that has supported growth in RN education in the region.  However, a shortage is expected to emerge in about five years, and to continue rising.

The UCSF School of Nursing is celebrating its Centennial, “100 Years of Nursing Excellence,” in 2006-2007.  For more information go to http://nurseweb.ucsf.edu/centennial .

REPORTERS AND EDITORS: For interviews with Joanne Spetz and additional information and experts on the nursing workforce in specific regions, contact Dr. Spetz at [email protected] or Janet Basu at 415-476-2557 or [email protected]